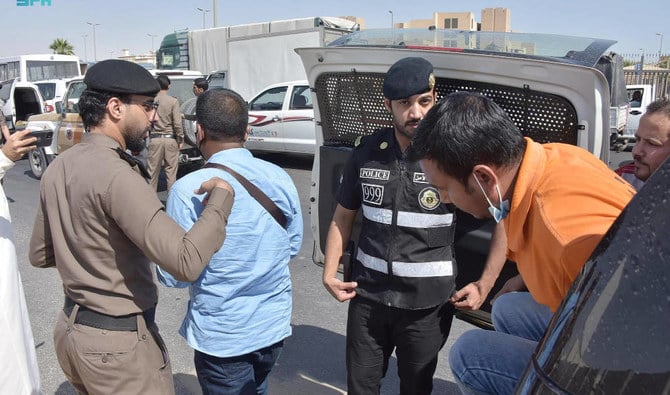 Between January 5 and 11, a total of 8,732 people were arrested for violating residency rules, 4,180 for illegal border crossing attempts, and 2,822 for labor-related issues.

According to the report, 65 percent of the 620 people arrested for attempting to enter the Kingdom illegally were Yemenis, 30 percent were Ethiopians, and 5 percent were of other nationalities.

A further 73 people were apprehended while attempting to cross into neighboring countries, and 16 were arrested for their roles in transporting and harboring violators.

According to the Saudi Ministry of Interior, anyone found assisting illegal entry into the Kingdom, including transporting and providing shelter, faces up to 15 years in prison, a fine of up to SR1 million ($260,000), or confiscation of vehicles and property.

Suspected violations can be reported by dialing 911 in Makkah and Riyadh, or 999 or 996 in other parts of the Kingdom.