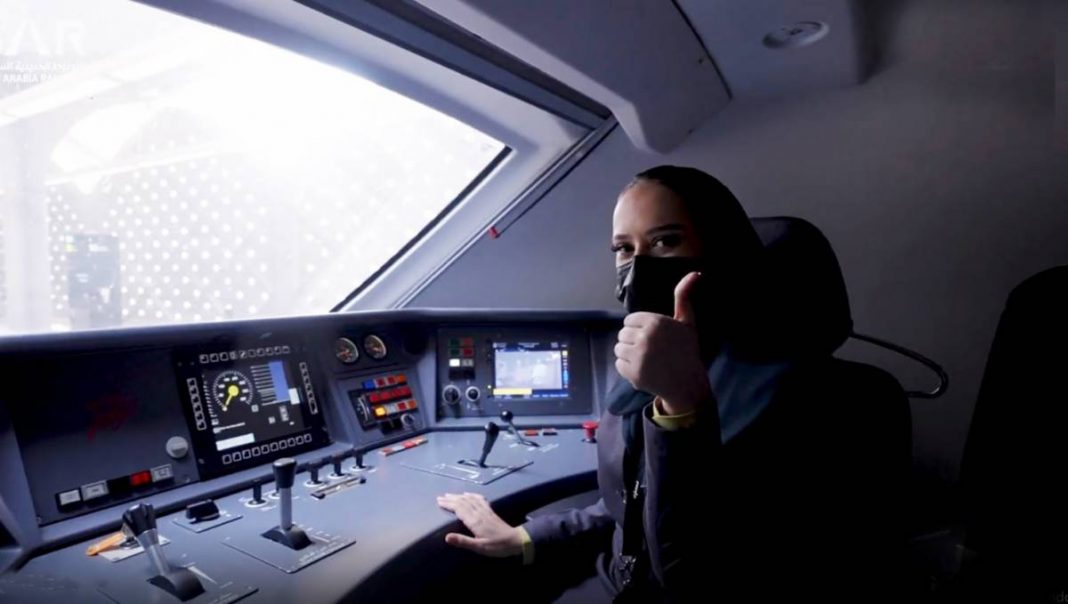 32 Saudi women are eligible to train as loco pilots
The first group of female Haramain Express train drivers has graduated, and the Saudi Railway Company (SAR) has welcomed this achievement. 32 Saudi women have received certification from SAR to operate one of the world’s fastest trains.

SAR posted a video on its official Twitter account on Twitter depicting some of the training procedures trainees go through to become qualified to drive trains, as seen from inside the driving cab.

The Haramain Train is determined to train both its male and female captains to attain the greatest levels of safety and security to ensure that the train departs from a station and arrives at its destination without delay or issues, according to Mohannad Shaker, the trainer and train captain.

32 Saudi women are eligible to be loc The female train captains have expressed their joy at getting the chance to operate a train for the first time in the Middle East. They affirmed that they are motivated to work carefully because they carry pilgrims and tourists.

One of the students said that in order to help and prepare them for the actual trips, they are learning to operate the Haramain Express Train through a simulator that perfectly replicates reality because it has a real driving cabin in which all weather conditions and technical issues that they may experience while operating the train are thoroughly tested.

According to the Transport General Authority, allowing Saudi women to operate the Haramain Express Train is another step toward empowering women in the logistics and transportation industries.

LifeOfArabs - January 22, 2023 0
The "customs clearance within two hours" plan will be implemented at all of the country's land, sea, and air ports, the Zakat, Tax, and...