Sign in
Welcome! Log into your account
Forgot your password? Get help
Password recovery
Recover your password
A password will be e-mailed to you.
Life Of Arabs A complete guide for those who are living in Middle East or planning to come soon.
Advertisement
Home Saudi Arabia Cristiano Ronaldo is scheduled to begin playing for the Saudi Arabian football... 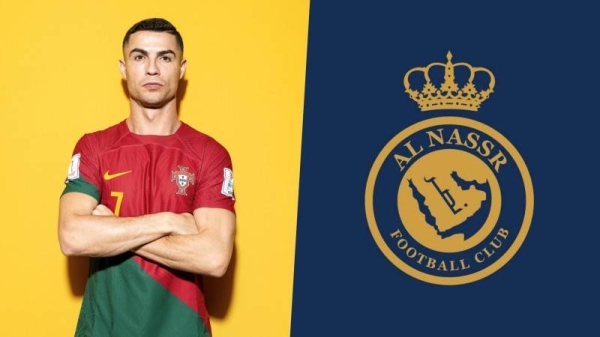 Cristiano Ronaldo, a professional football player from Portugal, will begin playing with Al Nassr football in Saudi Arabia on January 1, 2023. Ronaldo is planning to relocate to Saudi Arabia after his failed bid to win the FIFA World Cup in Qatar in 2022.

Since his mutual departure from Manchester United, Cristiano Ronaldo has been without a club. He departed Manchester United in a bad way since the two parties decided to end his contract amicably.

According to the Saudi Gazette, which cited Spanish media, Ronaldo will reportedly sign a two and a half year, 217 million dollar contract with the Saudi Club.

According to the Spanish sports publication, a signed contract has been struck, and the contract may be signed as soon as Ronaldo arrives in Riyadh.

According to the report, Ronaldo will continue to play for the club through 2025 before transitioning to a role as an ambassador to support Saudi Arabia’s bid to co-host the 2030 World Cup.

Saudi Arabia, Egypt, and Greece have joined forces to bid for the 2030 World Cup.

Ronaldo is said to have agreed to join the Saudi Arabian team on a deal worth around €200 million. Jose Felix Diaz, a Marca journalist, told GOAL that the agreement is final and that he will fly to Riyadh to sign his contract after Portugal’s World Cup campaign concludes.