Sign in
Welcome! Log into your account
Forgot your password? Get help
Password recovery
Recover your password
A password will be e-mailed to you.
Life Of Arabs A complete guide for those who are living in Middle East or planning to come soon.
Advertisement
Home Saudi Arabia Accident & Traffic Violations Seven Saudi family members died in a traffic accident. 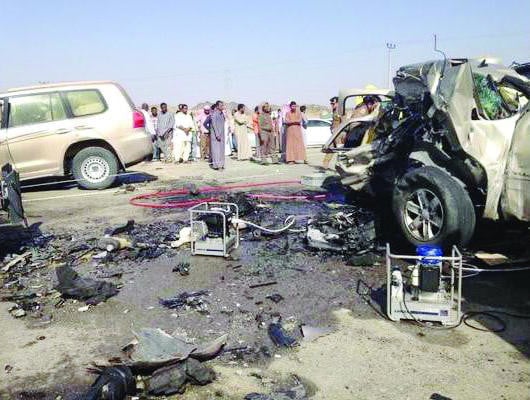 On Friday, a terrible road accident in Riyadh claimed the lives of seven Saudi citizens.

Saudi sources claim that driving at a high pace was what caused the collision. The deaths involved a father, his wife, and their five kids. The departed were interred later on Friday.
Traffic accidents have increased in Saudi Arabia as a result of a lack of adherence to traffic laws. The Traffic Department reported on Friday that a driver had been taken into custody for aggressively driving in the other direction while risking both his own and others’ lives.

Five Saudis were killed instantaneously after their car collided with a stray camel on Al Ahmar Road, west of Al Aflaj Governorate.

In the second crash, a pregnant Yemeni mother and two of her children died when their car overturned while dodging wandering camels on a highway in Medina.

LifeOfArabs - February 2, 2023 0
According to Hussein Al-Qahtani, spokesman for the National Center of Meteorology, the Saudi winter season will end on March 21. (NCM). He predicted that rain...