Sign in
Welcome! Log into your account
Forgot your password? Get help
Password recovery
Recover your password
A password will be e-mailed to you.
Life Of Arabs A complete guide for those who are living in Middle East or planning to come soon.
Advertisement
Home Saudi Arabia General Information Saudi news officially announced 3 days extended leave for students and teachers 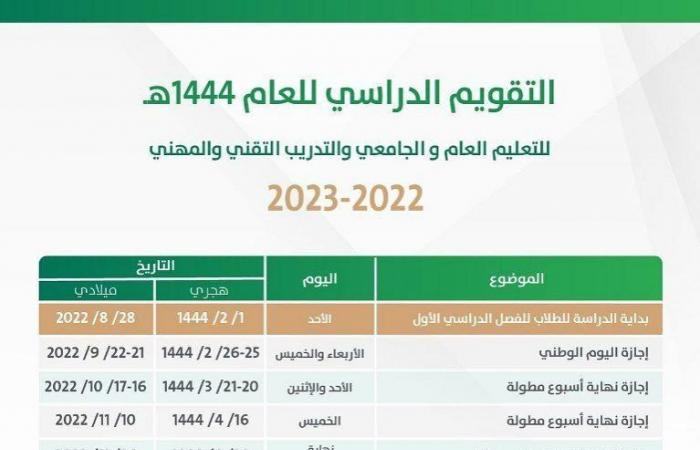 According to official Saudi news,

the beginning of the longer leave for both teachers and students, which will include:

three days off for workers and students
Saudi education declared the beginning of vacation in accordance with royal directives. This leave is three days long for those in the teaching and related fields, beginning five days from now. It is the first extended leave of the second semester, starting on Sunday, and lasting from Friday to Sunday at the following times: