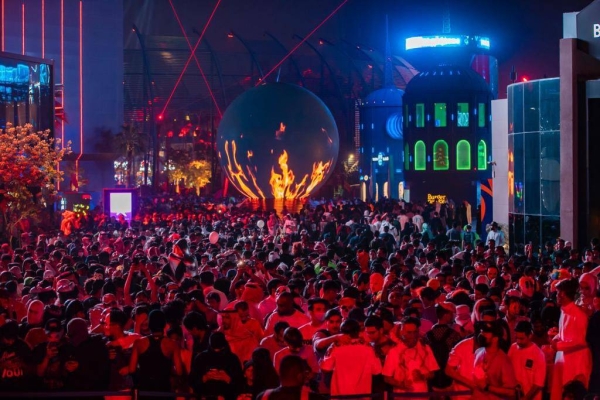 Turki Al-Sheikh, the chairman of the General Entertainment Authority (GEA) board of directors, announced that one million people attended the Riyadh Season 2022 events in the first week of their debut.

The third season of the season’s events, which opened last Friday with the theme “Beyond Imagination,” drew a sizable number of guests from both inside and beyond the Kingdom.

Visitors delighted in the season’s eye-catching performances and shows as well as a range of thrilling entertainment alternatives, which put the world in their hands and let them experience the ambiance of numerous nations in one location and time.

In addition to parties, plays, and a number of foreign exhibitions in other entertainment disciplines, the Season’s recreational zones also feature a variety of recreational activities in the restaurant, cafe, and gaming industries.

The unique blend of suspense and modernity that Riyadh Season offers has elevated the level of the entertainment industry and strengthened the Kingdom’s status as one of the most well-known entertainment hotspots.