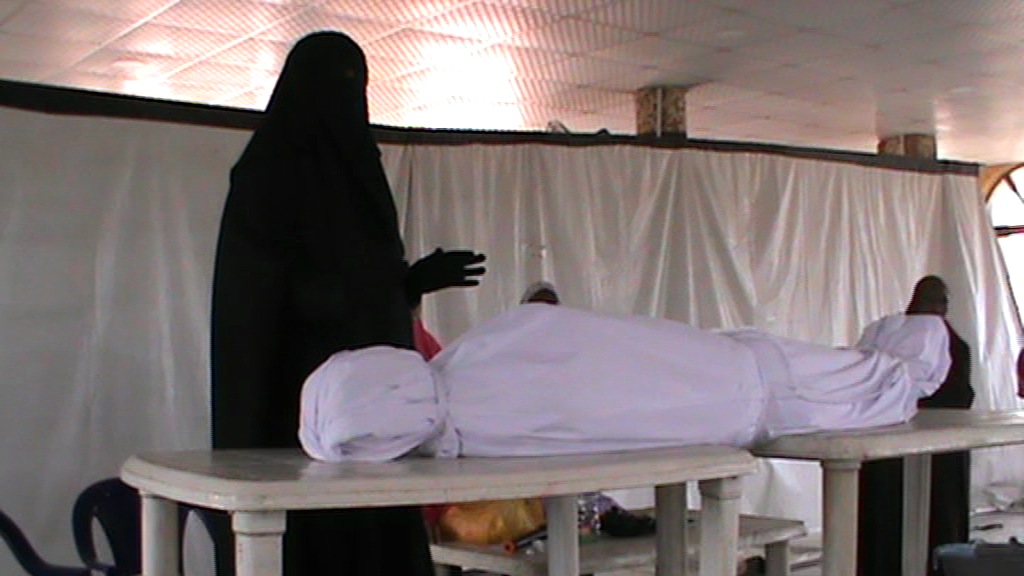 During Ghusl, a woman of Madinah placed her hand on the thigh of a dead woman

and said that this woman had an illicit relationship with such and such a man.

This woman died in a town in Madinah and during the bath, as soon as the woman giving the bath said the above words, her hand stuck to the thigh of the deceased. The strength of the adhesion was so great that if the woman pulled her hand, the dead body

would be dragged, but the hand would not come off.

The time of the funeral

Advertisement
was approaching, and her hand was stuck to the dead body and was not separated despite great efforts, all the women held his hand and pulled it, twisted it, and did everything possible, but all in vain.

A day passed, night came, another day passed, then night came, everything was the same, the dead body started smelling and it became difficult to stay and sit next to him!

Imam Malik was the Qazi during this period. The matter was brought to Imam Malik to decide this case! Imam Malik reached that house and realized the situation and asked the ghusl woman, “O woman! Did you say anything about this dead person during the bath?”

The ghusl woman narrated the whole story to Imam Malik that this woman had illicit relations with such and such a man.

Imam Malik asked, “Do you have any witnesses to prove this allegation?”

The woman replied that she did not have any witnesses.

Imam Malik then asked, “Did this woman mention this to you in her life?”

“No” was the answer.

Imam Malik immediately issued an order that since this ghusal woman has slandered the deceased, she should be given 80 lashes as per Sharia.

The order was obeyed and after lashing not even 70, not even 75, not even 79, the exact 80, the hand of this woman was separated from the dead body.

Today we don’t even think when we slander. Astaghfirullah! May Allah protect us all from slander, Ameen