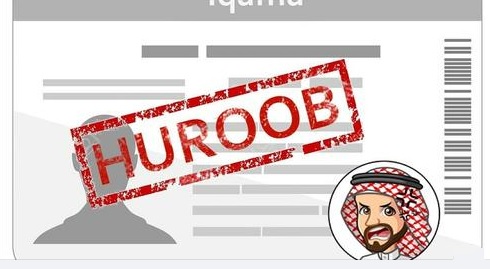 New regulations for leave from work in Saudi Arabia have been announced by Jawazat, offering fresh methods to get rid of Huroob;

Huroob is Arabic for “absconder,” suggesting that the employee has fled the company. The employer notifies his employee to the Ministry of Interior even though he is unaware of where the person is working.

How can Iqama Huroob status be checked online?

Huroob’s removal by Kafeel
According to the new Jawazat regulations, as soon as the Huroob is reported, the expat employee’s data will be cut off from the employer.

As a result, Huroob could not be deleted from the system by the current Kafeel.

The worker will not be working in the systems of the ministry.

There are no repercussions for this on the current employer.

Transfer of Iqama under Huroob
Within 60 days of being absent from work, the employer is now permitted to transfer Iqama and remove Huroob without consulting the present Kafeel.

Through Qiwa, the new employer will submit a transfer request.

Instead of the previous Kafeel, the transfer request will receive approval from the Ministry.

Following the date the transfer request was approved by the ministry, it must be executed within 15 days.

It applies to both recent and historic incidents of absence from work.

Exiting through the Huroob
The possibility for an expat employee to obtain a final exit during Huroob has been provided under the new guidelines.

The last escape must be granted within 60 days of the Huroob being set.

You may also legitimately return to Saudi Arabia on a fresh visa if you receive a final exit when you are not at work.

There would be no need to follow the Huroob ban.

Removal pursuant to Huroob
The Ministry of Labor will deport the expat if he does not remove Huroob by obtaining a final exit or Iqama transfer.

If you go to the detention facility, you can report to the authorities (Tarheel). You will be detained, held in detention, and then sent back home. However, leaving on a Huroob also prevents you from returning to Saudi Arabia with a new visa for a period of five years.

The Court’s Cancellation of the Huroob
In Huroob, the employer dismisses an employee for missing work where end-of-service benefits are not paid in accordance with Article 80(7).

If you were fired unfairly while still at employment, you can sue Kafeel in labor court and show that the Huroob was intentionally placed with bad intentions.

The court would give you all the advantages you are entitled to if you are successful in showing that. However, before beginning the court procedure, make sure you transfer your Iqama.