Sign in
Welcome! Log into your account
Forgot your password? Get help
Password recovery
Recover your password
A password will be e-mailed to you.
Life Of Arabs A complete guide for those who are living in Middle East or planning to come soon.
Advertisement
Home General Information Renovating Islamic historical sites is a priority for the Emir of Madinah. 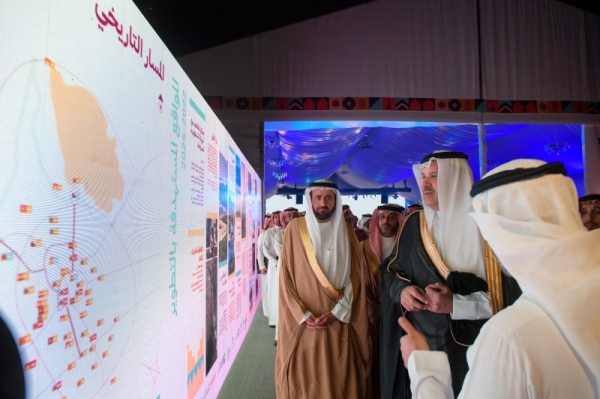 Projects to restore Islamic historical landmarks in the area were started on Wednesday by Prince Faisal bin Salman, the emir of Madinah and the chairman of the Regional Development Authority’s board of directors.

More than 100 websites related to the life and history of the Prophet are participating in these projects. Monitoring the completion of these projects by the stipulated date of 2025 is the responsibility of the Regional Development Authority’s Tourist Destination Development Office.

The Regional Development Authority, a number of public and private organizations, and the Emir all signed contracts, agreements, and memorandums of understanding during the ceremony in order to develop and restore historical places. The creation of the Qiblatain Mosque and its surroundings, the Sayyid Al-Shuhada Square site, the Saqifa of Bani Saad (west of the Prophet’s Mosque), the Khandaq site, and the Othman bin Affan well were among them.

Prince Faisal bin Salman spoke at the event and commended the level of performance and coordination between government departments in achieving the goals of initiatives to develop historical sites.

Fahd Al-Bolaihashi, the mayor of Madinah, gave a briefing on the strategy for developing the historical landmarks, particularly the old Badr area. The project calls for creating a trail that passes by more than 40 important historical sites. Starting in Madinah, it travels over 175 kilometers, passing via the Al-Areesh Mosque, the Al-Rawhaa neighborhood, and a variety of locations connected to the pivotal moments in the Prophet’s life in the Badr region.