Sign in
Welcome! Log into your account
Forgot your password? Get help
Password recovery
Recover your password
A password will be e-mailed to you.
Life Of Arabs A complete guide for those who are living in Middle East or planning to come soon.
Advertisement
Home General Information Mahram is no longer necessary for a woman pilgrim to conduct Umrah... 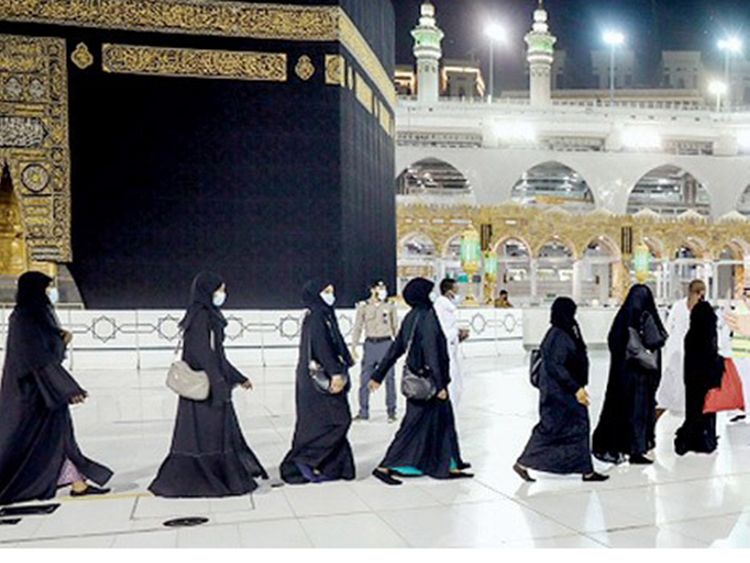 Dr. Tawfiq Al-Rabiah, the Saudi Arabian Minister of Hajj and Umrah, made the announcement that mahram is no longer necessary to go with a woman pilgrim from anywhere in the globe who intends to conduct Hajj or Umrah in the Kingdom.

At a news conference held at the Saudi Embassy in Cairo, the Minister addressed the debate over whether a mahram must accompany female pilgrims or not.

There is no cap on the total number of Umrah visas that can be granted to Muslims from throughout the world. According to the Minister of Hajj and Umrah, every Muslim entering the Kingdom on any sort of visa is eligible to conduct umrah.

Al-Rabiah stated that the Grand Mosque of Makkah’s enlargement is still ongoing and that it is the costliest building project in history, having crossed 200 billion riyals.

In view of the historical and initial commitment of the Kingdom, he said, the leadership and people of the Kingdom are at the service of the Two Holy Mosques and the pilgrims who visit them.

The minister of Hajj and Umrah stated, “The Holy sites have seen dramatic growth in their infrastructure and organization to ease the entry of pilgrims from within and beyond the Kingdom.

The installation of the Haramain Express Train between Makkah and Madina, according to Al-Rabiah, makes it easier for people to travel to the holy sites. We welcome all Muslims from all over the globe to Makkah and Madina.

In accordance with a kind order from King Salman bin Abdulaziz Al Saud, the Custodian of the Two Holy Mosques, the minister announced the removal of all health requirements and restrictions for Egyptian pilgrims. This was done as part of the Kingdom’s facilities for those traveling from all over the world to perform Umrah and pray in the Rawdah Al-Sharifa.

He reaffirmed the desire of the Saudi government to lower the price of doing the Hajj and Umrah, since the issue is connected to a variety of variables. The minister mentioned the Kingdom’s recent initiatives on the adoption and application of cutting-edge technology as well as the digitization of the services offered by the ministry to individuals wishing to visit the Two Holy Mosques.