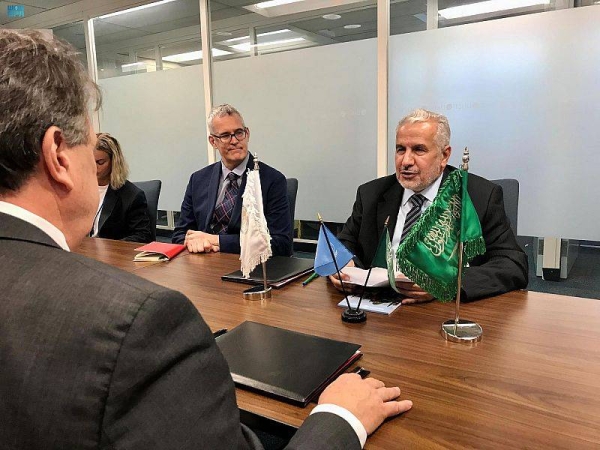 To counter the threat posed by the oil ship “Safer,” which is moored off the coast of Yemen, Saudi Arabia provided $10 million.

In New York City, outside of the 77th session of the UN General Assembly, the adviser to the Royal Court and general supervisor of the King Salman Humanitarian Aid and Relief Center (KSrelief), Dr. Abdullah Bin Abdulaziz Al-Rabeeah, signed the financial contribution pact with David Gressly.

The necessity of taking the required steps to mitigate the Safer oil tanker’s possible risks was emphasized as the two parties reviewed the humanitarian and assistance activities now underway in Yemen as well as strategies to deal with its humanitarian, economic, and environmental problems.

According to Dr. Al-Rabeeah, Saudi Arabia’s assistance is a continuation of its attempts to salvage the Safer oil ship.

Given that it holds more than a million barrels of oil, this also contributes to global efforts to avert any calamities that could emerge from it. mentioning that the Safar oil tanker has not had maintenance since 2015.

He also emphasized the significance of coordinated international measures to avert any negative effects from the impounded tanker, saying that those effects can have an impact on the entire globe in addition to Yemen.

Gressly, in the meantime, has expressed gratitude to the Kingdom for its efforts and support of all measures that lead to stability in Yemen and uphold global peace and security.