Sign in
Welcome! Log into your account
Forgot your password? Get help
Password recovery
Recover your password
A password will be e-mailed to you.
Life Of Arabs A complete guide for those who are living in Middle East or planning to come soon.
Advertisement
Home Saudi Arabia General Information Saudi purchases a goat for SR 13 million to be slaughtered on... 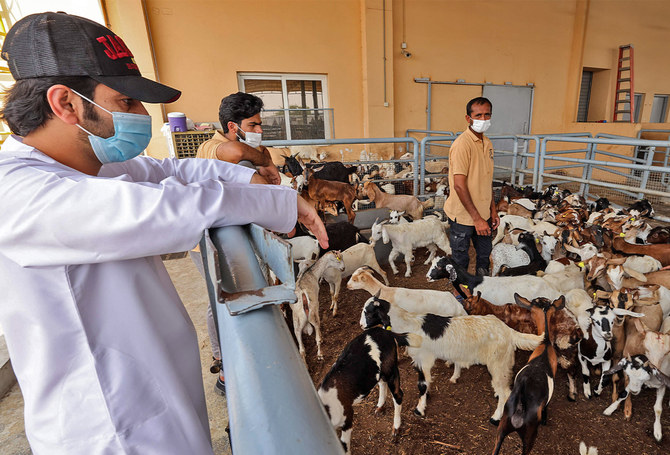 A Goat worth SR 13 million

A Saudi guy spent an astounding SR 13 million, or around $3.46 million, on a goat. The buyer of the goat said that he did so because it belonged to a completely different breed and was intended for Eid sacrifice.

Social media was inundated with images of the goat and the payment check. The goat did look quite different in the photograph, but it is still unknown exactly what characteristics it possessed. Saudi wife presents second husband with SR 300k traffic fine.

Unique Features of the Goat

It was also claimed that it featured novel characteristics that had never been observed previously. Everyone with social media influence—bloggers, tweeters, and everyone else—went bonkers with their online comments.

While people were talking about the expensive goat, a number of well-known persons raised their voices in opposition to this extravagant spending. 8 Top Online Shopping Sites in Saudi Arabia

Is it justified to spend SR 13 million on a Goat?

Financial problems have led to global crises. If millions of dollars can be spent on a goat, imagine what the same amount, or even half of it, could have accomplished for the less fortunate.

So many refugees are homeless and idly wandering without jobs. They could have benefited so much more from that money. Many lives would have been altered by it.

The highest price ever paid for a livestock

The SR 13 million price tag is also the largest sum ever paid in Saudi Arabia for any livestock. Breeders of livestock concurred that it was quite rare and had distinctive characteristics, but they also pointed out that the price is still very high.

The fact that a goat sold for such an incredible sum of money doesn’t worry many heads; they are just happy that it happened. They could have saved many lives and helped the less fortunate. King Salman declares 16 days of holidays for Eid

Even if the goat could speak like a human, I still wouldn’t have revealed the price if someone had asked. Instead of keeping that money, I would rather utilize it to help others who depend on it for survival.

LifeOfArabs - January 25, 2023 0
An initiative to bring domestic workers from Indonesia, with monthly payments of 1,750 riyals. Human resources and recruitment firms in Saudi Arabia have launched a...