Sign in
Welcome! Log into your account
Forgot your password? Get help
Password recovery
Recover your password
A password will be e-mailed to you.
Life Of Arabs A complete guide for those who are living in Middle East or planning to come soon.
Advertisement
Home Saudi Arabia General Information For 1 million Muslims, including 300 Disabled pilgrims, a life-changing journey has... 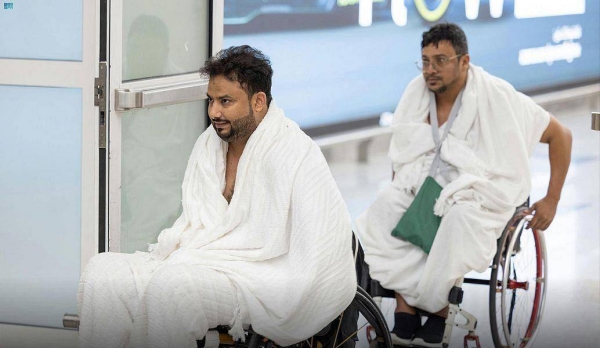 As the first ceremonies of the yearly Hajj began, a million pilgrims began a spiritual journey that would last a lifetime. After the Corona Pandemic, this is the largest Hajj pilgrimage.

After performing Tawaf Al-Qudum around the Kaaba in Makkah, tens of thousands of Hajj pilgrims began to migrate to Mina, which is roughly 5 kilometers from the Makkah Grand Mosque and home to the largest tent city. Saudi purchases a goat for SR 13 million to be slaughtered on Eid.

Following the beautiful custom of the Prophet Mohammed, the pilgrims will spend the entire day and night on Thursday in Mina, which is known as the Tarwiyah Day. The majority of them traveled in buses and other vehicles, but some others traveled on foot.

They will engage in supplications and final preparations for standing at Arafat, the most significant pillar of Hajj, on the first day of rituals leading up to the culmination of the annual pilgrimage on Friday. Saudi wife presents second husband with SR 300k traffic fine.

As part of the National Initiative sponsored by the Ministry of Hajj and Umrah for the second consecutive year, some 300 people with impairments have arrived at Jeddah’s King Abdulaiz International Airport to conduct Hajj this year.

As part of the Saudi government’s efforts to provide for them in accordance with the nation’s Vision 2030 reform plan, the National Initiative intends to make it possible for persons with disabilities and orphans in all regions of Saudi Arabia to perform the Hajj pilgrimage with ease and comfort. For international pilgrims in Makkah and Madina, Saudi Airlines introduced the “Baggage First” free service.

Considering their circumstances, the Ministry is eager to offer them escorts and adequate housing along with all the amenities they require in Makkah and at the holy places. Volunteers will be available 24 hours a day to assist them.