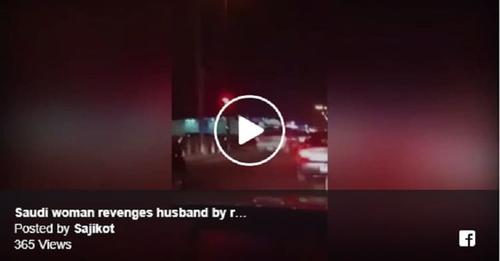 In Saudi Arabia, a woman who disapproved of her husband’s decision to be remarried spent the night of his second wedding planning an extremely inventive form of retaliation.

It is the largest total fine that Saher has ever recorded. While her husband was celebrating his second wedding, the irate wife stole a tiny van from him and plotted with her brother a joyride through as many red lights as possible.

Security cameras could capture the registration plate. According to Gulf News, the brother and sister both broke traffic laws throughout the evening, frequently running red lights and accruing fines totaling almost $80k, or SR 300,000.

The internet was inundated with videos showing a motorist running a red light, then turning around to commit the same infraction while being caught by Saher cameras. The video is available after the article. HRSD Ministry announces Saudization in 44 professions