Sign in
Welcome! Log into your account
Forgot your password? Get help
Password recovery
Recover your password
A password will be e-mailed to you.
Life Of Arabs A complete guide for those who are living in Middle East or planning to come soon.
Advertisement
Home Middle East Kuwait Due to internal injuries, an 8-year-old Arab child bride passed away on... 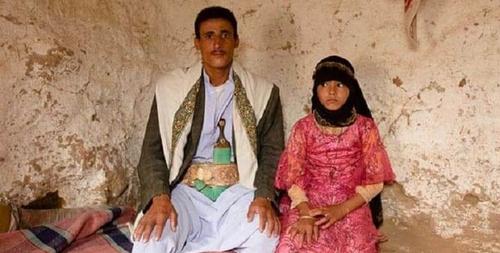 Sadly, an 8-year-old Kuwaiti girl who had been married off in Yemen has passed away from internal injuries she sustained on her wedding night.

How could she satisfy her Husband’s needs?

Before I go any further, I want to ask everyone to think as rational beings without considering their faith or anything else. It is clear that an 8-year-old girl who has not even reached puberty is unable to satiate her husband’s sexual wants or desires.

The young bride, identified Rawan, is said to have died after bleeding heavily on the night of her wedding when her husband, an arranged marriage, tore her genitalia.

The matter has received a lot of attention from activists in Yemen and Kuwait, who are urging the authorities to take strong action against the groom who knowingly married and then attempted to have sex with the little child. 8 Top Online Shopping Sites in Saudi Arabia

The Groom was 40 years old

The campaigners have also called on the government to take harsh measures against the family of the young girl who willingly got her married off at such a young age, knowing full well that she was not yet fully mature to start this phase of her life.

According to reports, the little girl’s groom is at least five times her age. This implies that a man who is well past puberty and fully matured married an 8-year-old girl with knowledge. HRSD Ministry announces Saudization in 44 professions

The entire situation gained attention on social media, where the groom was the target of vitriolic abuse. There were numerous prayers for the young girl as well.

Bloggers and social media users in Kuwait have denounced child marriage and referred to the groom as “a hideous groom,” “an animal,” and someone who needs to be severely disciplined.