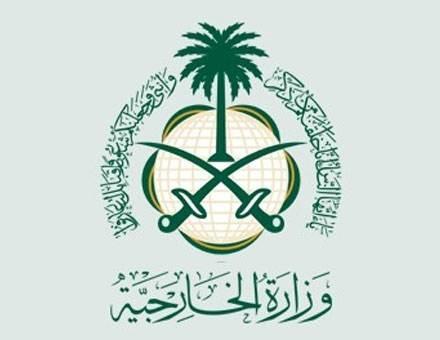 
Ministry of Foreign Affairs has expressed its condemnation and denunciation of the statements made by the spokesperson of the Indian Bharatiya Janata Party, which insult the Prophet Muhammad, peace and blessings be upon him.

ministry affirmed its permanent refusal to touch the symbols of the Islamic religion, as well as all religious figures and symbols, welcoming the measure taken by the Bharatiya Janata Party to suspend the spokesperson from work, and reaffirming the Kingdom’s position calling for respect for beliefs and religions.

Secretary-General of the Cooperation Council for the Arab States of the Gulf, Nayef Al-Hajraf, expressed his condemnation, rejection and denunciation of the statements issued by the spokesman of the Indian Bharatiya Janata Party against the Prophet, peace be upon him, stressing his categorical rejection of harming the prophets, messengers, personalities and religious symbols.

General Secretariat of the Islamic Cooperation Region had expressed its strong condemnation and denunciation of the recent insults issued by an official in the ruling party in India towards the Prophet Muhammad ﷺ.

secretariat explained that these abuses come in the context of the escalation of hatred and abuse of Islam in India and in the context of systematic practices against Muslims and restrictions on them, especially in light of a series of decisions banning headscarves in educational institutions in a number of Indian states and demolitions of Muslim property

called on the Indian authorities to resolutely confront these abuses and all forms of insults to the Holy Prophet, peace be upon him and the Islamic religion, and to bring the instigators, those involved, and perpetrators of violence and hate crimes against Muslims to justice, and to hold the parties behind them accountable.

It also called for ensuring the safety, security and well-being of the Muslim community in India and protecting its rights, religious and cultural identity, dignity and places of worship.

The General Secretariat calls on the international community, in particular the mechanisms of the United Nations and the special procedures of the Human Rights Council, to take the necessary measures to address the practices targeting Muslims in India.