Sign in
Welcome! Log into your account
Forgot your password? Get help
Password recovery
Recover your password
A password will be e-mailed to you.
Life Of Arabs A complete guide for those who are living in Middle East or planning to come soon.
Advertisement
Home Saudi Arabia General Information Coordinating the internal pilgrims” reveals the date of the start of... 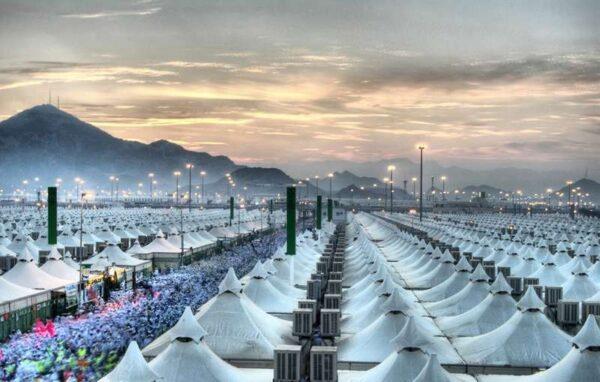 
Chairman of the Board of Directors in charge of the Coordination Council for Domestic Pilgrims, Saed Al-Juhani, revealed today (Saturday) the expected date for the start of reservations for domestic pilgrims. Read More : Video : A citizen arrested for assaulting a Nurse in hospital in Asir region

And he confirmed, during an intervention on the “120” program on the “Al-Ikhbaria” channel, that reservations for pilgrims inside are expected to start next week.

clarified the packages offered by the internal pilgrimage companies, which include the Hajj towers in Mina, and the “Diyafa 1” package, which includes upgraded tents similar to hotel rooms, appearing for the first time in this year’s Hajj, in addition to the “Hospitality 2” package. Viral: Jeddah Police arrests party goers for drinking alcohol

With regard to meals, Al-Juhani said that the meals that will be provided to the pilgrims inside, whether citizens or residents, will be fresh meals that correspond to the packages approved by the Ministry of Hajj and Umrah, which adopt the same mechanism used in the past years, specifically in the year 1440 AH.