Sign in
Welcome! Log into your account
Forgot your password? Get help
Password recovery
Recover your password
A password will be e-mailed to you.
Life Of Arabs A complete guide for those who are living in Middle East or planning to come soon.
Advertisement
Home Food & Health So far, No cases of Monkeypox in Saudi Arabia, Know more about... 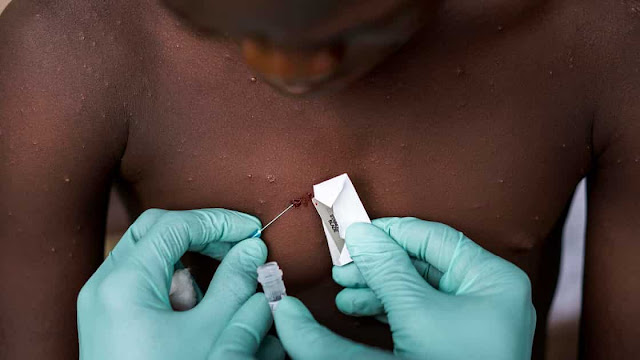 The Saudi Ministry of Health verified that no cases of monkeypox have been reported in the Kingdom so far, despite the fact that the disease has lately emerged in various European and North American countries after being endemic in some African countries for more than 50 years.

After new cases of monkeypox virus were confirmed in numerous countries, the World Health Organization (WHO) issued a warning. 92 confirmed cases and 28 suspected cases have been reported by the WHO in 12 countries, including Europe, the United States, Canada, and Australia. Saudi Arabia bans citizens from traveling to 16 countries

The Ministry of Health stated that it is fully prepared to monitor, investigate, and deal with such infections if they arise, pointing out that all medical and laboratory tests are available, and that it also has an integrated preventive and treatment plan in place to deal with such cases if they arise, which includes the definition of suspected and confirmed cases, as well as the epidemiological investigation of contacts.

According to the Ministry, the Kingdom’s International Health Regulations program is in constant contact with the World Health Organization to keep up with any developments in the monkeypox outbreak and to monitor any cases around the world to ensure that no contacts with cases being monitored in Saudi Arabia occur. How to take ZamZam water from Saudi Airports?

Monkeypox is a well-known viral disease, according to an infectious disease consultant, with very little odds of human transmission. It can be transmitted by direct contact with infected animals. While person to person contact is limited to very close proximity, droplets, and coughs, which is uncommon.

Is there any vaccine against Monkeypox?

There is no vaccination especially for monkeypox, according to the Edwards Institute’s Professor of Immunology and Vaccine Development, but the smallpox vaccine is effective and provides up to 85% protection against it.

What are the symptoms of Monkeypox?

Skin rash, fever up to 38.5 degrees Celsius, headache, swollen lymph nodes, backpain, and weakness are all indications of monkeypox, according to the WHO.

The emergence and spread of Monkeypox?

According to an infection control expert, gays are to blame for monkeypox’s emergence and spread. If one of them is infected, any unauthorized contact, whether sexual or nonsexual, promotes monkeypox sickness. Because homosexual practices contain certain fluids, which is one of the causes of infection, there is a link between homosexuals and mixed-practice prostitution networks.