Sign in
Welcome! Log into your account
Forgot your password? Get help
Password recovery
Recover your password
A password will be e-mailed to you.
Life Of Arabs A complete guide for those who are living in Middle East or planning to come soon.
Advertisement
Home Saudi Arabia General Information Suspension of visiting Rawdah Al-Sharif in Prophet’s Mosque from 27th Ramadan 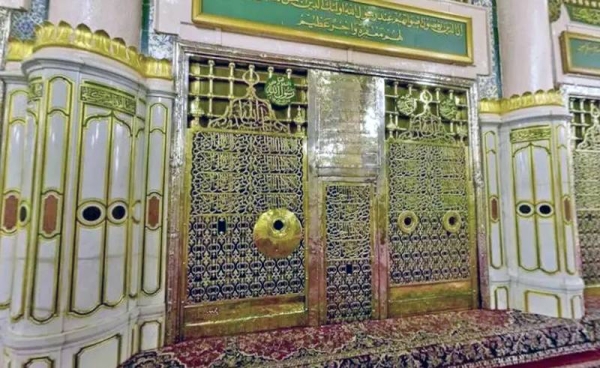 The Prophet’s Mosque Affairs Agency in Saudi Arabia has declared that visitors to the Rawdah Al Sharifa will be prohibited from entering from the 27th of Ramadan until the 2nd of Shawwal 1443, in order to ensure the safety of tourists and worshipers and to establish adequate conditions for them.

Through its official Twitter account, the Agency for the Affairs of the Prophet’s Mosque stated, “For the expected human density and the safety of worshipers, the Agency clarifies the procedure for entering the Rawdah Al Sharif.”

After God blessed hundreds of thousands of visitors to pray at the Prophet’s Mosque and Rawdah Al-Sharifa during the holy month of Ramadan, the Agency tries to provide the best service to worshipers and visitors.

The Affairs of The Prophet’s Mosque also stated that, due to an increase in the number of visitors to the Prophet’s Mosque, particularly during Tarawih and Qiyaam prayers, and as is customary during Eid Al-Fitr, the visit to Rawdah Al-Sharifa will be suspended from the 27th Ramadan until the 2nd Shawwal 1443.

New entertainment venue in Riyadh that serves cuisine from throughout the...