Sign in
Welcome! Log into your account
Forgot your password? Get help
Password recovery
Recover your password
A password will be e-mailed to you.
Life Of Arabs A complete guide for those who are living in Middle East or planning to come soon.
Advertisement
Home Saudi Arabia General Information This year’s Ramadan will last 30 days, with Eid Al-Fitr occurring on... 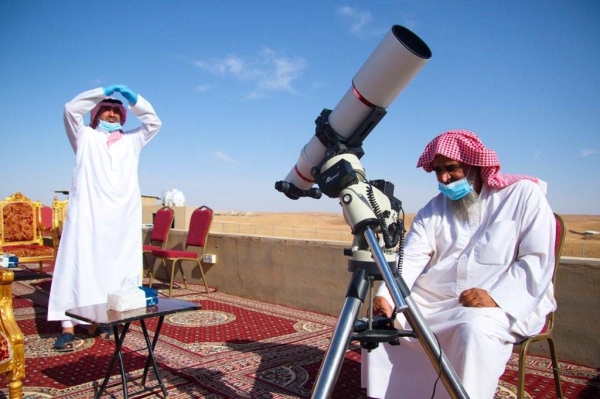 
The moon will retire roughly 20 minutes before sunset on the 29th Ramadan, which is on April 30th, and will not reappear until 4 hours after sunset, which is at 11:28 PM on Saturday, according to meteorologist Dr. Khaled AL-Zaqaq.

So this year’s Ramadan will last 30 days, and the first day of Eid Al-Fitr in the Kingdom of Saudi Arabia will be Monday, May 2nd, 2022, according to Al-Zaqaq during an Al-Arabiya channel show. Umrah visa holders can travel across the Kingdom during their stay

The International Astronomy Center in the United Arab Emirates also revealed that in most nations, Monday, May 2nd will be the first day of Eid Al-Fitr, and that on Saturday, Ramadan 29th, the crescent of the Shawwal will be inspected. All work contracts that have been documented are being moved to Qiwa, and this is what will happen after May 12th.

According to Eng. Muhammad Shwakat Odeh, director of the International Astronomy Center, countries that began Ramadan on April 3rd include Indonesia, Malaysia, India, Brunei, Bangladesh, Pakistan, Iran, Oman, Jordan, Morocco, and Ghana. On the 1st of May, which is Ramadan 29 for them, they will investigate the moon.

The countries that will explore the crescent on Sunday (1st May), it is not possible to see the crescent on that day by any means from Australia and its surrounds; the crescent can only be seen with a telescope from Central and Western Asia, most of Europe, and Southern Africa.

On Sunday, the majority of countries will examine the crescent and announce that Ramadan will last 29 days and that Eid Al-Fitr will be on May 2nd.

While Eid Al-Fitr is expected to fall on Tuesday, May 3rd, 2022, for countries such as India, Pakistan, and Bangladesh.