Sign in
Welcome! Log into your account
Forgot your password? Get help
Password recovery
Recover your password
A password will be e-mailed to you.
Life Of Arabs A complete guide for those who are living in Middle East or planning to come soon.
Advertisement
Home Saudi Arabia General Information Before Iftar, a man sets fire to his house and kills his... 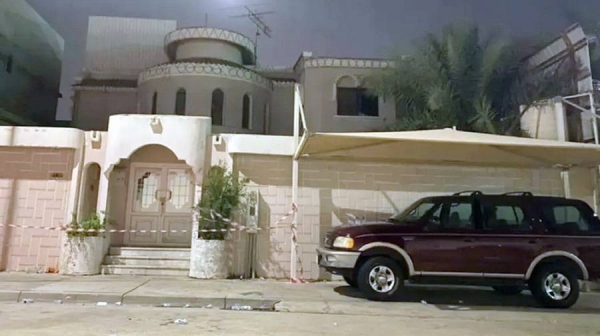 He locked up his father, mother, son, and daughter who were fasting and set the house on fire just before Iftar.

He doused his house in gasoline and set fire to it, killing four people: his father, mother, young son, and daughter.

A fire broke out in a citizen’s residence in Safwa, near Qatif, just before Iftar. The family members were purposely imprisoned in the room to prevent them from escaping the fire, therefore they were not spared.

They pleaded to spare their lives

They pleaded and made phone calls, but to no avail. Their bodies were scorched, and many malformations resulted.

The Civil Defense squad extinguished the fire and apprehended the suspect, a first-degree related of the victims. The motive for such a horrible act is still being looked into.

The police have reported the offender to the Public Prosecution after he was apprehended and all legal measures against him were completed.

Why did he set them on fire?

The culprit was under the influence of methamphetamine, according to the inquiry (Shabu).

Initial investigations reveal that the room was locked from the outside after they were confined inside.