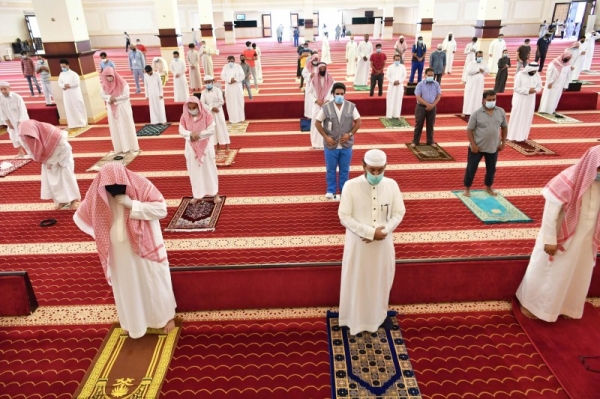 Muslims all throughout the world recite the Taraweeh prayer during Ramadan. Many people are unsure whether there are 8 or 20 Rakat in Taraweeh prayer.

During the month of Ramadan, Taraweeh is a non-obligatory prayer that is offered together with Isha. Some Muslims choose to offer Taraweeh prayer at home, while others go to mosques where it is held. Saudi husband burns his wife to death with acid

How many Rakat in Taraweeh prayer?

Some scholars believe that 8 Rakat in Taraweeh prayer is preferable, while others say that 20 Rakat is preferable.

Prophet Muhammad ﷺ said: ‘Pray two Rakat at a time and then two and then two and so on, and if you are afraid of the dawn (the approach of the time of the Fajr prayer) pray one Rakat and that will be the Witr for all the Rakat which you have offered.” – Sahih al-Bukhari 472

It is clear from this Hadith that Prophet Muhammad ﷺ did not limit Taraweeh prayer to 8 or 20 rakats; rather, he just specified how the rakats should be offered. Video A reckless wrong way driver hits 11 vehicles in Riyadh

Aisha explained, “The Prophet Muhammad ﷺ used to offer 11 rakat and that was his prayer.” He used to prolong his prostration to the point that he could recite 50 verses from the Quran before lifting his head. – 1123 Sahih al-Bukhari

8 rakat of Tarweeh and 3 witr are referred to as 11 rakat. Prophet Muhammad used to offer 8 Rakats in the Taraweeh prayer, according to all hadith narrated in Sahih Muslim or Sahih Bukhari.

Taraweeh in Makkah and Madina

Why are 20 rakat of Taraweeh conducted in Masjid al-Haram in Makkah and Masjid al Nabawi in Madina if it is a Sunnah to perform 8 Taraweeh prayers? Where is Prophet Nooh Ship in this world?

Actually, it was Omer bin Khattab رضي الله عنه who established the concept of 20 Taraweeh, which was then continued by Osman bin Affan رضي الله عنه . As a result, in Makkah and Madina, 20 Taraweeh are performed.

Ladies are permitted to pray as many Taraweeh prayers as they choose. There is no exact number in Islam that states how many Rakat women should pray in Taraweeh. 1400-year-old Sahabi tree of Prophet Muhammad ﷺ

As we can see from the preceding references, the Quran and Hadith have no defined limit for the amount of Rakat of Taraweeh, thus you can pray as much as you like.