Sign in
Welcome! Log into your account
Forgot your password? Get help
Password recovery
Recover your password
A password will be e-mailed to you.
Life Of Arabs A complete guide for those who are living in Middle East or planning to come soon.
Advertisement
Home Saudi Arabia General Information Crown Prince announces King Salman project for the largest expansion in the... 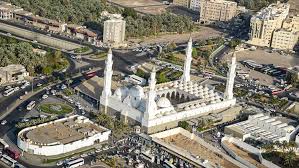 Saudi Crown Prince Mohammad bin Salman, Deputy Prime Minister and Chairman of the Council of Economic and Development Affairs, announced the start of the Quba Mosque’s largest expansion in history, as well as the surrounding area’s development. He also oversaw the project on behalf of King Salman bin Abdulaziz, the Custodian of the Two Holy Mosques.

The King Salman project to expand Quba Mosque and improve the surrounding area seeks to increase the mosque’s overall space to 50,000 square meters, or ten times its existing size, with a capacity of 66,000 worshipers. This will be the largest enlargement in Quba Mosque’s history, dating back to its founding in the first year of immigration.

The announcement was made during the Crown Prince’s visit to Madina, which included prayers at the Quba Mosque and a tour of the project.

The Crown Prince praised King Salman bin Abdulaziz, the Custodian of the Two Holy Mosques, for taking such good care of the Quba Mosques, which was the first mosque built in Islam. The project aims to accommodate the greatest number of worshipers during peak seasons and periods, while also highlighting the religious significance and documenting the historical characteristics of the Quba center. Protecting and maintaining historical landmarks near the mosque, as well as preserving its urban and architectural character.

The project will raise the area of the mosque from 5,035 square meters to 50,000 square meters, achieving the goals and objectives of Saudi Vision 2030 within the programs of serving pilgrims and improving quality of life. It will also improve the efficiency of this historical Islamic landmark with the goal of enriching the visitor’s experience. The project also includes the restoration and development of 57 historical sites, including many wells, farms, and orchards, as well as the connection of three prophetic routes.

The expansion of the Quba Mosque is also intended to increase capacity, bridging the gap between current conditions and rising demand. The idea is centered on connecting the current Quba Mosque with shaded courtyards on all four sides, functionally and visually connected to independent chapels that are not technically attached to the current mosque building, and offering all of the mosque’s services.

The efficiency of the existing mosque building will be improved through the development and revitalization of a number of sites and prophetic monuments within the mosque and its squares, as well as the improvement of the road network and surrounding infrastructure to improve grouping efficiency, ease of access to the mosque, find radical solutions to overcrowding, and enhance the security and safety of worshipers.