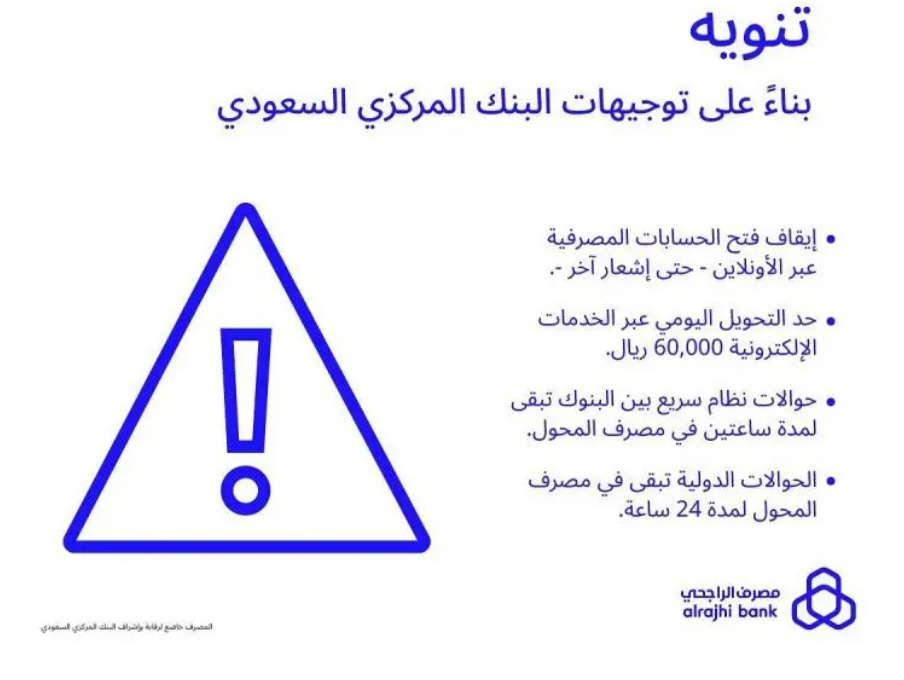 Individual and institutional online account creation has been halted till further notice. To open a new bank account, everyone, including Saudi people, businesses, and expats, must go to a bank office. Saudi Moroor imposes four conditions on car window shades.

Customers who aren’t Saudi won’t be allowed to add international beneficiaries to their accounts online. Instead, they’d have to go to one of the bank’s branches to do it.

I’m not sure how it would affect digital wallets like STC Pay and UrPay, which don’t have physical locations.

Individual enterprises, Saudis, and expats have a local transfer limit of SR 60,000. Saudi husband burns his wife to death with acid

Money will no longer be transferred instantly to local bank accounts. The local transfer would take at least 2 hours so that the sender could notify an unlawful transfer to the bank and recover funds.

In the same way, there will be no immediate international transfer. It will take at least 24 hours to reduce money laundering. How could Filipinos and Indians get a Saudi tourist visa?

The following image was posted on Al Rajhi Bank’s Twitter page, but it was withdrawn a few hours later, possibly because too many details were given.