Sign in
Welcome! Log into your account
Forgot your password? Get help
Password recovery
Recover your password
A password will be e-mailed to you.
Life Of Arabs A complete guide for those who are living in Middle East or planning to come soon.
Advertisement
Home Saudi Arabia Accident & Traffic Violations Video A reckless wrong way driver hits 11 vehicles in Riyadh 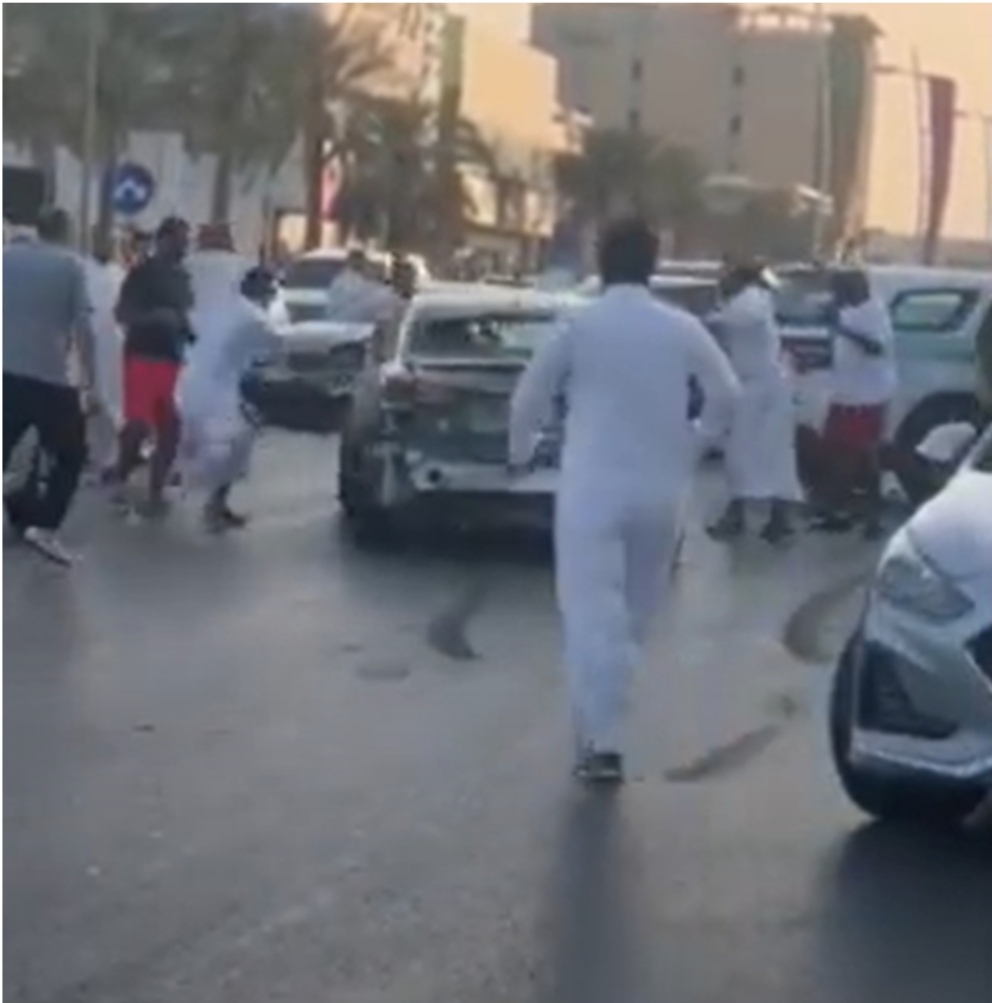 (Tuesday), the Riyadh Traffic Department arrested the driver of a vehicle in reverse on a public road, who appeared in a video clip.

The media spokesman for the area police stated that the driver of the vehicle, a citizen who appeared in a video clip, was arrested, reflecting traffic on a public road, causing damage to 11 vehicles after his vehicle deliberately collided with it, and endangering road users while trying to escape.

He added that it was found from the inference procedures that he was in an abnormal condition, and the legal procedures against him were completed, and he was referred to the Public Prosecution.

A video clip of the incident showed a number of citizens trying to prevent the driver from escaping, after he deliberately collided with a number of cars.