Sign in
Welcome! Log into your account
Forgot your password? Get help
Password recovery
Recover your password
A password will be e-mailed to you.
Life Of Arabs A complete guide for those who are living in Middle East or planning to come soon.
Advertisement
Home Saudi Arabia General Information Prepare to be deported if you are caught eating or drinking in... 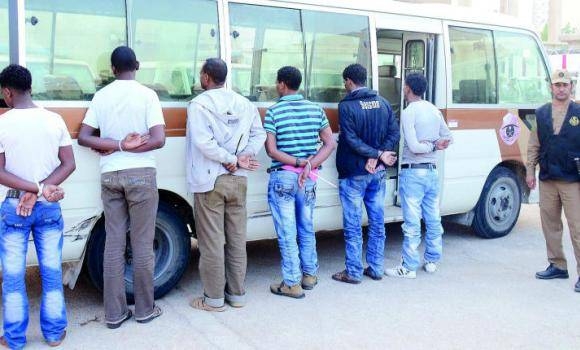 Except for a few exceptions, every Muslim is required to fast during the month of Ramadan. If you live in Saudi Arabia, you are probably aware of how significant this month is for Muslims.

All restaurants remain closed in the day time

There isn’t a single restaurant or cafe open during the day. They all open a couple of hours before sundown and stay open until Suhoor.

You should respect non-Muslims who have been fasting and working with or around you. Eating anything in front of people who are fasting is regarded exceedingly improper. Saudi Arabia .. Sudair Observatory is preparing to monitor the crescent of Ramadan

A Warning to all expatriates

All expats living in Saudi Arabia, particularly non-Muslim expatriates, have been warned that if they are seen drinking, eating, or smoking in public areas, they would be detained and deported.

Non-Muslim expats should be aware that while they are not required to fast, they are not permitted to eat in public.

What does it mean by eating in Public?

The term “public” refers to people on the street, at shopping malls, and at work.

Yes, you are not allowed to eat or drink in your office since others will be able to see you. In Saudi Holders of all sorts of visas are permitted to book Umrah before visiting Saudi Arabia.

Public places where you are allowed to eat

There are a few exceptions to this rule, though. In an airplane, airport, train station, or bus station, for example, you are permitted to eat, drink, or smoke.

There are restaurants, coffee shops, and other eating establishments open there. The reason for this is that Muslims are not required to fast while traveling.

Similarly, canteen stores and restaurants within the confines of a hospital will be open during this time because patients are not obligated to fast during the holy month of Ramadan.