Sign in
Welcome! Log into your account
Forgot your password? Get help
Password recovery
Recover your password
A password will be e-mailed to you.
Life Of Arabs A complete guide for those who are living in Middle East or planning to come soon.
Advertisement
Home Saudi Arabia General Information From the Aramco station in Jeddah, which was attacked. 15 fire fighting... 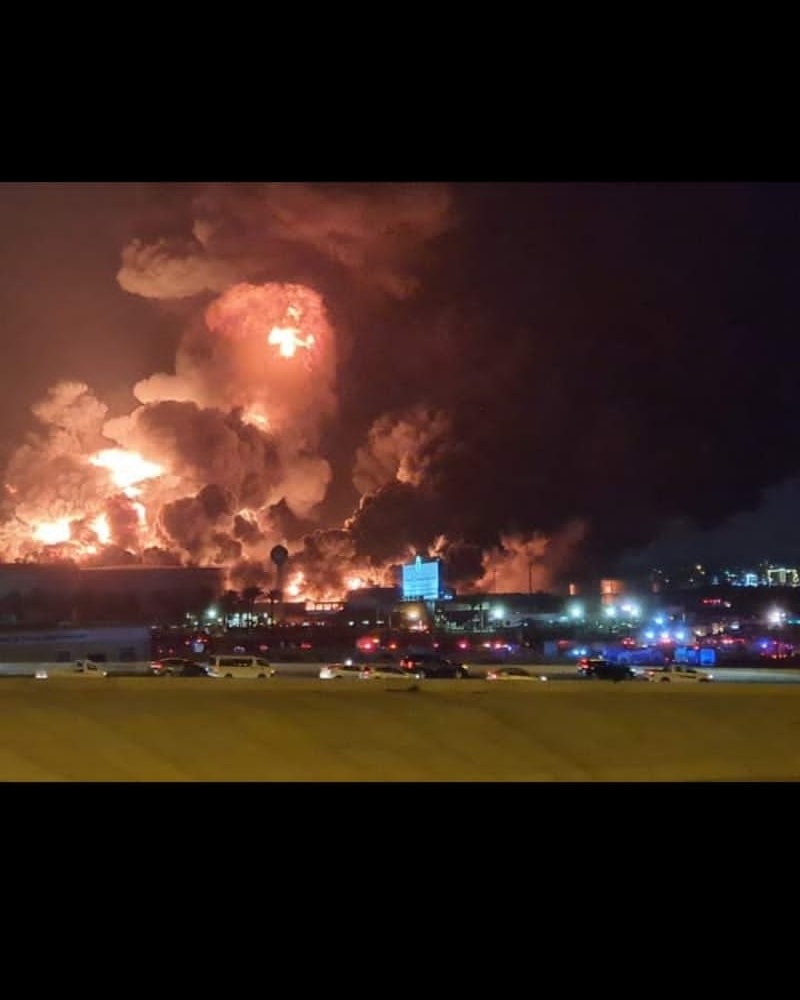 15 teams fighting the fire at Aramco’s fuel distribution station. And expectations of fire control within hours.

On Friday evening, civil defense and fire crews were working to control the Aramco station fire in Jeddah.

Live photos from the Aramco station in Jeddah, which was attacked on Friday, showed flames and smoke rising.

Our jeddah correspondent said that 15 teams were fighting the fire at Aramco’s fuel distribution station and that he expected the fire to be brought under control within hours.

An official source in the Saudi Ministry of Energy, Friday, said that the oil products distribution plant in north Jeddah, was attacked at 5:25 p.m. Friday 22 Shaaban 1443 H, march 25, 2022, attacked by a rocket projectile, and the station “Al-Mukhtar” in Jazan area, also at 5 p.m. today, was attacked by a rocket projectile, and these criminal attacks did not result in injuries or deaths.

The source strongly condemned saudi Arabia for these subversive attacks, which, in various parts of the Kingdom, are a violation of all international laws and norms.

The source confirmed saudi Arabia’s previous announcement that it will not be responsible for any shortage of oil supplies to global markets, in light of the continuing sabotage attacks on its oil facilities from Iranian-backed Houthi terrorist militias.