Sign in
Welcome! Log into your account
Forgot your password? Get help
Password recovery
Recover your password
A password will be e-mailed to you.
Life Of Arabs A complete guide for those who are living in Middle East or planning to come soon.
Advertisement
Home Saudi Arabia General Information The Minister of Hajj and Umrah is doing research to determine the... 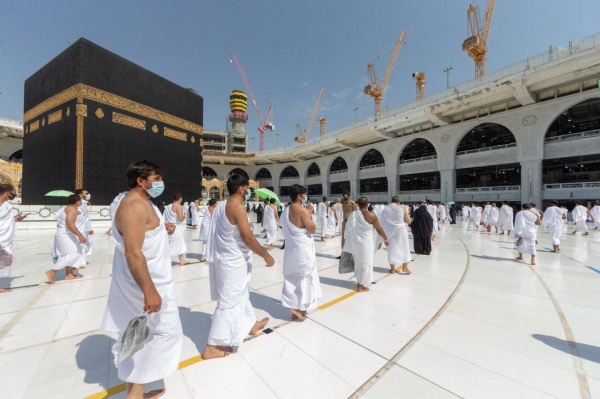 Tawfiq Al-Rabiah, the Minister of Hajj and Umrah, said that studies are underway to determine the number of Hajj pilgrims for this year, stressing that the quota will be determined based on guaranteeing the safety of Hajj and pilgrims.

Al-Rabiah further stated that the Kingdom’s leadership is eager to begin the Hajj rituals in peace, and that studies are being conducted in this regard in collaboration with the health sector. 3 Corona restrictions for Travelers coming to Saudi Arabia are being lifted.

He went on to say that, based on the reports, the pilgrims’ safety comes first, and then the leadership will decide how to conduct the journey.

In coordination with the General Presidency for the Affairs of the Grand Mosque and Prophet’s Mosque, the Minister of Hajj and Umrah stated that Umrah is now open to all at a full capacity during the current season. The entire Mataf will be opened for Umrah pilgrims to allow them to perform their rituals in ease and comfort.Moroor specified the length of time that an International Driving License might be used in Saudi Arabia.

Due to the pandemic two years ago, Umrah was restricted to a few people; now it is open to all, thanks to God’s love and kindness. In an interview with Al-Arabiya tv, the minister added that individuals who want to conduct Umrah should make reservations through the Eatmarna or Tawakkalna apps to avoid crowding.

According to Al-Rabiah, the Umrah application will develop into a complete digital experience that covers all services linked to Hajj and Umrah given by commercial and public sectors during the Hajj and Umrah services Conference and Exhibition.

The conference, which was organized by the Ministry of Hajj and Umrah in collaboration with the Doyof Al-Rahman program, which is one of the executive programs of the Saudi Vision 2030, was inaugurated by Prince Khaled Al-Faisal, Governor of Makkah and advisor to the Custodian of the Two Holy Mosques.