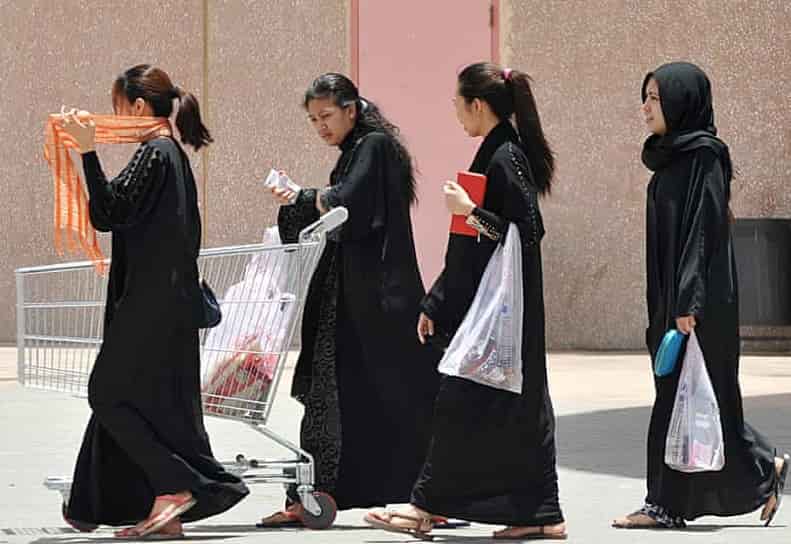 Saudi Arabia’s Ministry of Human Resources and Social Development (MHRSD) will shortly implement a new law governing the work method, rights, and responsibilities of domestic employees and others in the Kingdom.

Domestic employees are now entitled to one day of rest each week, 30 days of annual vacation, 30 days of sick leave, and end-of-service compensation under the new rule.

The new bylaw prohibits employers from hiring domestic employees under the age of 21 and putting them to work for anyone other than their sponsors or performing tasks not mentioned in the labor contract or on the iqama.Saudi Arabia has announced the discovery of new natural gas resources.

The new rule covers all aspects of the labor contract, as well as the procedures for terminating it. It also covers the rights of both the employee and the employer, as well as their responsibilities to one another.

The new regulations’ paragraphs defined the relationship between the domestic worker and the employer by requiring a formal work contract and documenting it on the ministry’s internet platform.

The contract should state the terms agreed upon by the two parties in a way that does not conflict with the provisions of the regulations defining the type of work that the domestic worker is required to perform, the wage that the employer is required to pay the worker, and the rights and responsibilities of both parties.

The contract must indicate the length of the training period, the contract’s term and the mechanism for extending it, as well as the scheduling of additional working hours.Is it possible to cancel the “final exit” visa for workers during the trial? .. “Jawazat” clarifies

The labor contract must also involve ensuring the legal rights in the employment contract while also taking into account the regulations. It must also include the addresses of two parties, their email addresses, phone numbers, and the information of a relative.

Workers must be on probation for no more than 90 days, during which time the employer has the ability to assess the worker’s competency.

During the training phase, both the employer and the domestic worker have the right to end the contract at any time. It is illegal to place a domestic worker on probation more than once with the same employer.

The domestic labor contract terminates if both parties agree to end it, or if the work contract is canceled for a justifiable reason by either the domestic worker or the employer, or if one of the parties dies.

Do’s and Dont’s for Domestic Workers :

The worker’s responsibilities included keeping the secrets of the employer, family members, and others in the home that he learned while at work and not disclosing them to others, as well as not refusing to work or quitting the service without good reason.

Respect the Islamic religion, abide by the Kingdom’s legislation, as well as the customs and traditions of Saudi society, and refrain from engaging in any behavior that is harmful to the family.

Employers are not permitted to deduct any sum from a worker’s income, save in certain circumstances, such as advance payments received from the employer or the costs of damage caused by the worker intentionally or negligently. The deduction cannot exceed half of the employee’s compensation.

A worker is also entitled to a maximum 30-day annual paid sick leave based on a medical report demonstrating the need for the leave, provided that the worker’s healthcare is provided in accordance with the Kingdom’s legislation and instructions.

Domestic worker is entitled for end of service benefits worth a month’s salary, if the worker spent 4 consecutive years in the service of the employer.

Employers should not let domestic workers to work for others or in occupations not specified in the contract or iqama. The employer must pay the worker’s wage at the end of each month, as stipulated in the contract.

According to the regulations, employers must refrain from engaging in any conduct against domestic workers that includes slavery or discrimination based on race, sex, age, nationality, or any other type of discrimination, as defined by the Kingdom’s laws.

The employer may not hold the worker’s passport or any other personal documents in his possession. Unless the insurance contract specifies otherwise, the employer is required to transfer the body of the domestic worker in the event of death.

The employer must allow the employee to interact with his or her family, the country’s embassy, the recruitment office, or any other appropriate authorities.

According to the new legislation, if a domestic worker does not wish to extend their contract, the employer can provide them a last exit.
It is also forbidden to assign any work that jeopardizes the domestic worker’s health, safety, or human dignity. It’s also against the law to hire a domestic worker and have them work on their own dime.

According to the regulations, if a domestic worker is absent from work, the employer is required to file a report of the worker’s absence with the appropriate authority. Employers and domestic workers who breach the terms of this regulation will be subject to the penalties set forth in the rules governing the resolution of domestic worker disputes.