Sign in
Welcome! Log into your account
Forgot your password? Get help
Password recovery
Recover your password
A password will be e-mailed to you.
Life Of Arabs A complete guide for those who are living in Middle East or planning to come soon.
Advertisement
Home General Information A video of the Russian bombing operations on Ukraine.. and the Ukrainian... 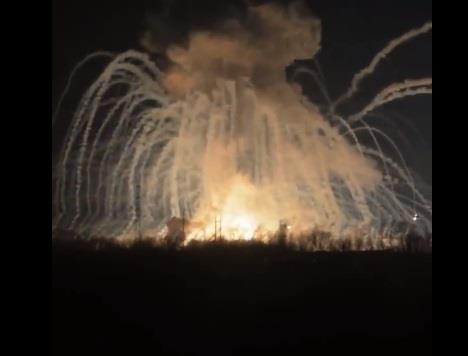 
Over the past hours, Ukraine witnessed a state of tension after the start of the Russian military operation against it, and sirens sounded in the capital, Kiev, following the Russian bombing of areas of it.

The flames escalated in Ukrainian regions following the Russian attack on them, and social media platforms were buzzing with scenes documenting the Russian bombing of Ukraine, and the sirens that raised their voices throughout “Kiev”. The Russian Invasion, Russia and Ukraine.

Today (Thursday), Ukrainian President Volodymyr Zelensky spoke to US President Joe Biden to follow up on the situation after the start of the Russian military operation in Ukraine, while Biden pledged to impose more sanctions on Russia and take other measures in this regard, while ambassadors held NATO held an emergency meeting to discuss the situation in Ukraine.

For his part, “Zelensky” stated that Russia carried out missile strikes on the infrastructure of his country and the border guards there, and that the explosions were heard in many cities in Ukraine.

He called “Zelensky” the people of his country to stay in the homes as much as possible, stressing that his country’s forces are strong and that they are ready and will win against the Russian forces.