Sign in
Welcome! Log into your account
Forgot your password? Get help
Password recovery
Recover your password
A password will be e-mailed to you.
Life Of Arabs A complete guide for those who are living in Middle East or planning to come soon.
Advertisement
Home Saudi Arabia General Information Saudi Founding Day events and celebrations including Sky Show in Riyadh 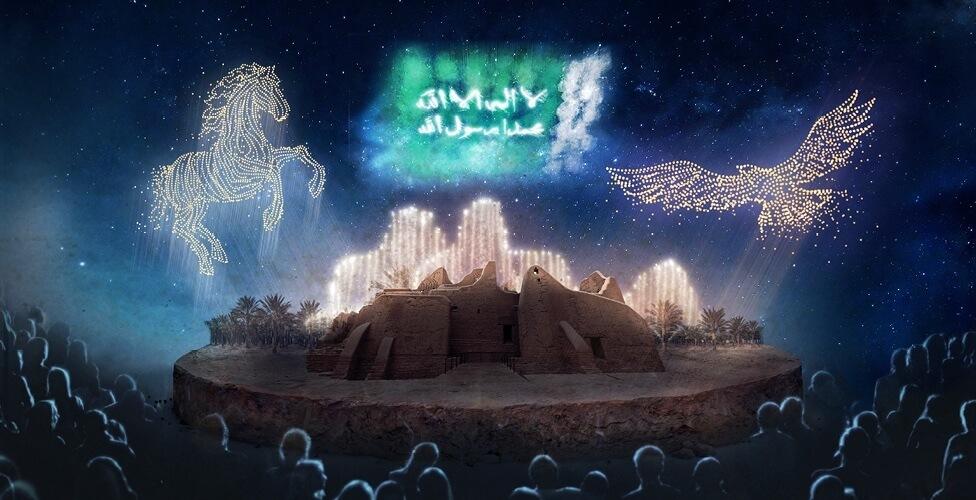 The people of Saudi Arabia are celebrating the first ever Founding Day, which occurred in the year 1139 AH / 1727 AD, when Imam Muhammad bin Saud founded the first Saudi state.

The following founding day activities include:

The “Founding Day Parade” on February 22 will feature 3,500 performers and their purebred horses. It features ten awe-inspiring shows on the foundation Day, all of which are accompanied by the finest music performed by performers. Entry is from 7 p.m. to 9:30 p.m., with the concert starting at 10 p.m. and lasting an hour and a half. Compliance with the necessary terms and conditions, as well as the presentation of Immune status in Tawakkalna, are among the admission requirements.

On February 23, immerse yourself in this magnificent operetta that transports you to Saudi Arabia’s early days. In a musical event, we honor the founder and other historical figures from three centuries ago. This event will accept entries beginning at 7 p.m., with the show beginning at 10 p.m. and lasting until 11 p.m.

On February 24, Look up! This event does not require tickets. The spectacular fireworks and drone performance in Riyadh. 10 paintings will miraculously combine with fascinating music to transform Riyadh’s sky into a canvas of light, creating a night to treasure and remember. The event will begin at 10 p.m. and last for half an hour in the open area.

The dates are February 22-24. The Majlis cultural event will provide you with a mind-enriching dose. Discover thought-provoking workshops, talks, and discussions that will reveal the Saudi First State’s cultural history like never before. At 4 p.m., the event will begin.

The Saudi Public Prosecution advises against dropping or disrespecting the Saudi National Flag and explains the penalties.