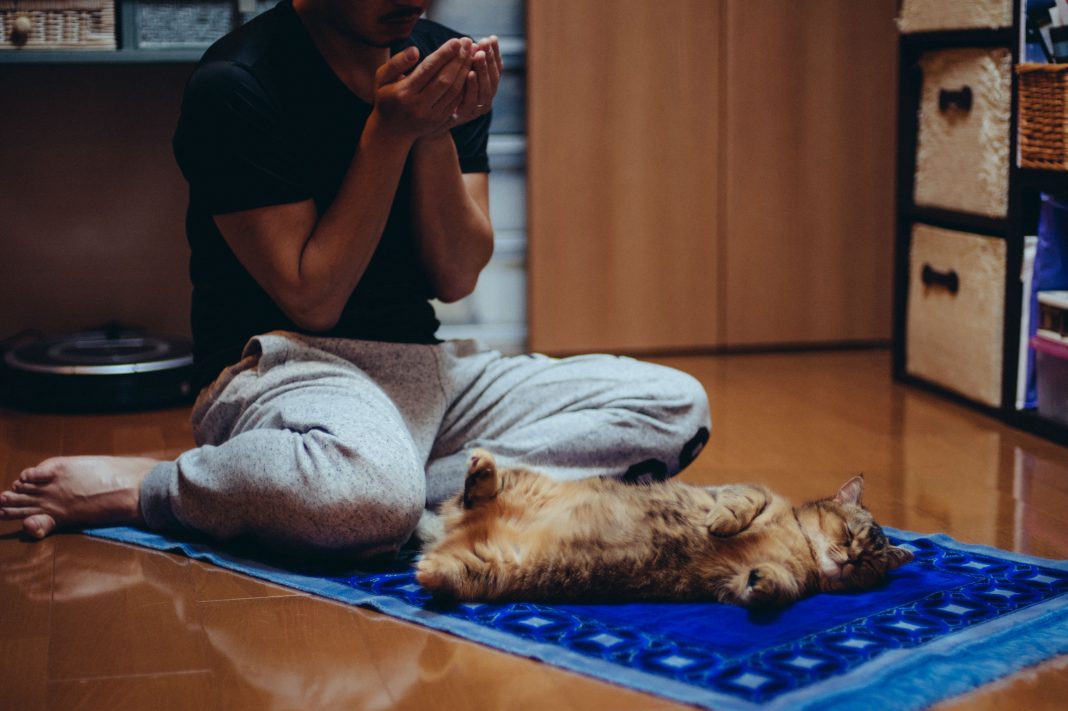 Pet cats are permissible in Islam, although they are not a Halal animal to consume, according to several hadith. The Islamic guidelines are as follows:

Is Cat a Halal Animal?

The cat is not a Halal animal to eat in Islam, according to a hadith. Prophet Muhammad ﷺ  forbade both eating cats and paying for them. – 3250 Sunan Ibn Majah

Can we pray in presence of a cat?

Can we pray in front of the cat if it isn’t a halal animal to eat? This question is addressed in a hadith. Where is Prophet Nooh Ship in this world?

Cats, according to Prophet Muhammad ﷺ, do not invalidate prayer because they are one of the things that are useful in the home. 369 Sunan Ibn Majah

Can we eat something touched by cats?

Muslims are also concerned about whether we can consume anything that has been touched by cats. 1400-year-old Sahabi tree of Prophet Muhammad ﷺ

Aisha رضي الله عنه, according to Hadith, ate the pudding that had been licked by a cat. Sunan Abi Dawud 76. She also said that she saw Prophet Muhammad ﷺ performing wudu with water left over by a cat.

Prophet Muhammad ﷺ said, wash the utensil the dog has drunk from seven times: the first or the last of them with dirt. And when the cat drinks out of it, wash it once. – Jami` at-Tirmidhi 91

How should we treat cats?

Kindness should be shown to the non-harmful animal. Allah SWT despises those who abuse cats, to the point where a woman who chained a cat until it died of starvation and thirst was sentenced to the fires of hell as a punishment. (Al Bukhari, Hadith 90, Book 18).