Sign in
Welcome! Log into your account
Forgot your password? Get help
Password recovery
Recover your password
A password will be e-mailed to you.
Life Of Arabs A complete guide for those who are living in Middle East or planning to come soon.
Advertisement
Home Saudi Arabia General Information Does working on Foundation Day requires employee Compensation? HR Ministry response 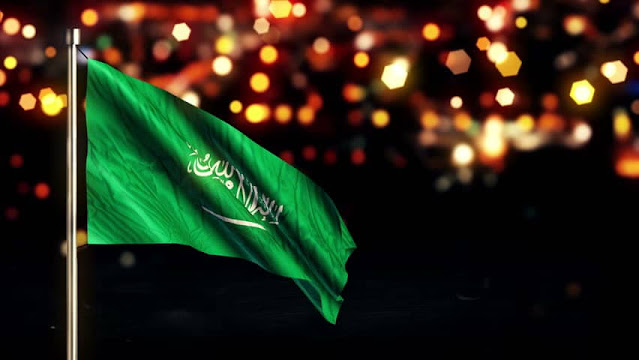 A company asks its workers to work on Saudi Foundation Day and Human Resources interact :

The Saudi Ministry of Human Resources and Social Development responded to a complaint about a private company refusing to give its employees the foundation day holiday, reiterating that the Saudi Foundation Day (February 22) is an official holiday in the Kingdom for both the public and private sectors. How to get Saudi Nationality or Citizenship?

The Saudi Foundation Day is observed on February 22 each year, and it is an official holiday for all public and private sector employees, according to the ministry. Watch an accident ran over a woman while crossing one of the main streets in Al-Baha

“All working hours performed on holidays are considered overtime, and the employer must pay the worker an additional salary for the additional working hours, which is equivalent to the hourly salary plus 50% of his basic wage, as per Article 107 of the Saudi Labor Law,” the official account of Ministry of Human Resources customer service said in response to a question from one of the users. 4 interesting facts about Saudi Arabia’s founding day

On January 27, Saudi Arabia’s King Salman bin Abdulaziz, the Custodian of the Two Holy Mosques, issued a royal proclamation designating February 22 as a day to honor the creation of the Saudi kingdom, dubbed “Foundation Day,” and declaring it an official holiday. A Saudi man in Jail for 16 years for not paying blood money

The Ministry’s judgment stated that paragraph 4 of the clause and paragraph 2 of Article 24 be amended as follows:

Is it permissible to perform Hajj pilgrimage on Business visa of Saudi Arabia? Hajj Ministry response

“National Day or Founding Day, combined with one of the two Eid holidays, does not reward the worker for this day.”

It means that if one of the two Eids, Eid Al-Fitr or Eid Al-Adha, falls on a National or Foundation Day, the worker will not be rewarded.

The Ministry also changed paragraph number 4 of Clause 1 of Article 24 to read as follows:

The holiday lasts one day, on the 22nd of February in the Gregorian calendar.”