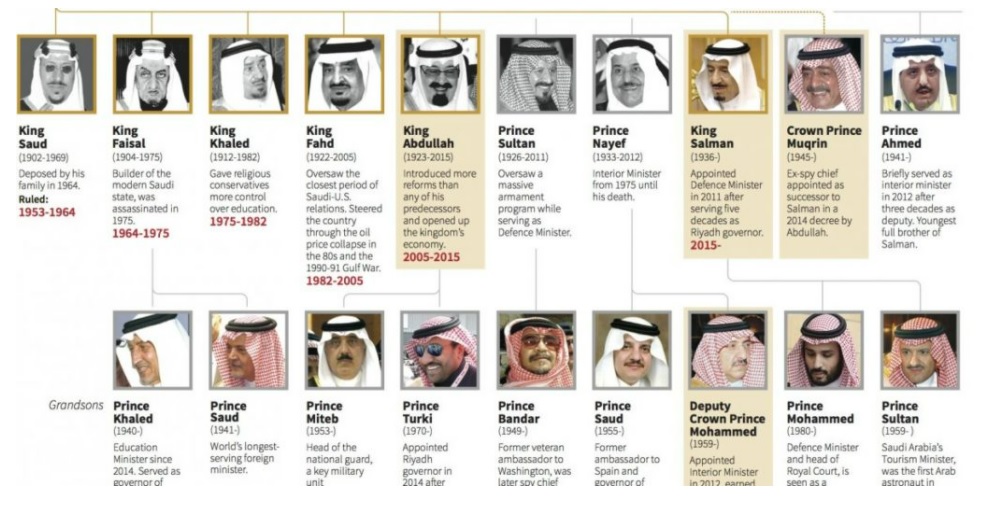 Since 1932, when the first King of Saudi Arabia came to the throne, the country has had seven kings and twelve crown princes (list below).

How many monarchies are in the world?

A monarchy is a country or region controlled by a king or queen. In today’s globe, there are 44 monarchy. Thirteen are from Asia, twelve from Europe, ten from North America, six from Oceania, and three from Africa.How to get Saudi Nationality or Citizenship?

Despite the fact that there are 44 monarchies, there are only 29 monarchs. Queen Elizabeth II of the United Kingdom reigns over the Commonwealth Realms, which used to be part of the British Empire.

The 23rd of September is Saudi Arabia’s national day, commemorating the unification of the kingdom’s regions under King Abdulaziz in 1932.

Since 1932, the Kingdom of Saudi Arabia has had seven kings. King Abdul Aziz was the first king of Saudi Arabia, and his sons are the current kings.In three months, expats can apply for Saudi citizenship.

Just like the Kings of Saudi Arabia, there have been 12 crown princess in the history of Saudi Arabia so far. We have provided the list along with the tenure they performed services for the country.