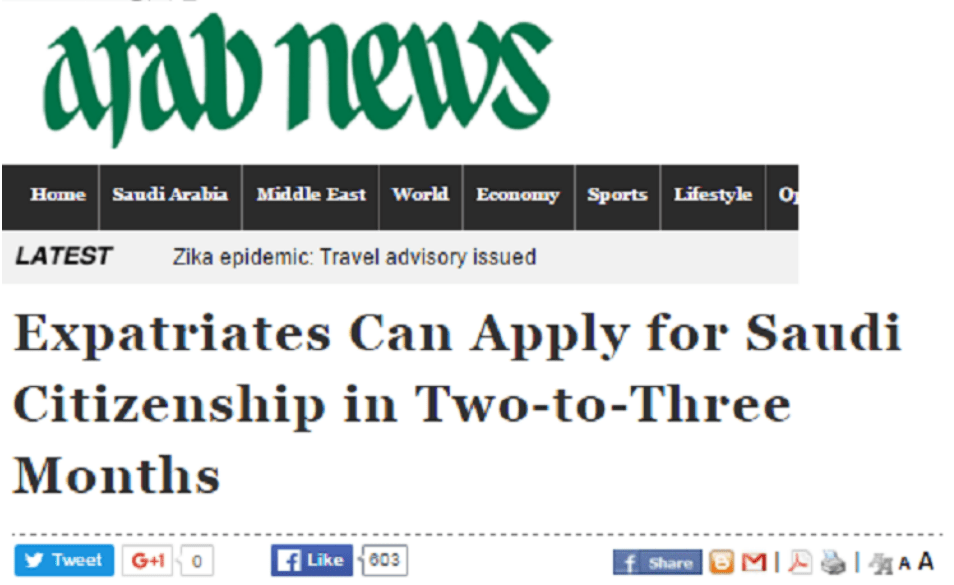 The Ministry of Interior announced in February 2005 that foreigners who match specific criteria might apply for Saudi citizenship in three months. After then, what happened to the plan?

Prior conditions to get Saudi Citizenship

The following restrictions were established under the proposed bill:

How to get Saudi Nationality or Citizenship?

What happened after that?

The proposed law granting expats Saudi citizenship proceeded through several stages, with various norms and regulations being discussed before it was finalized.

List of professions who can get the Saudi Nationality

Finally, in November 2021, Saudi nationality was granted to the first five expats with specific capabilities in science, culture, and technology. Thousands of Iqama holders have been granted Saudi citizenship since then.

According to current rules, the Saudi government chooses the iqama holders for Saudi nationality; there is no option to apply for it yourself.