Sign in
Welcome! Log into your account
Forgot your password? Get help
Password recovery
Recover your password
A password will be e-mailed to you.
Life Of Arabs A complete guide for those who are living in Middle East or planning to come soon.
Advertisement
Home Middle East Watch a live broadcast of the operation to rescue the child “Ryan”... 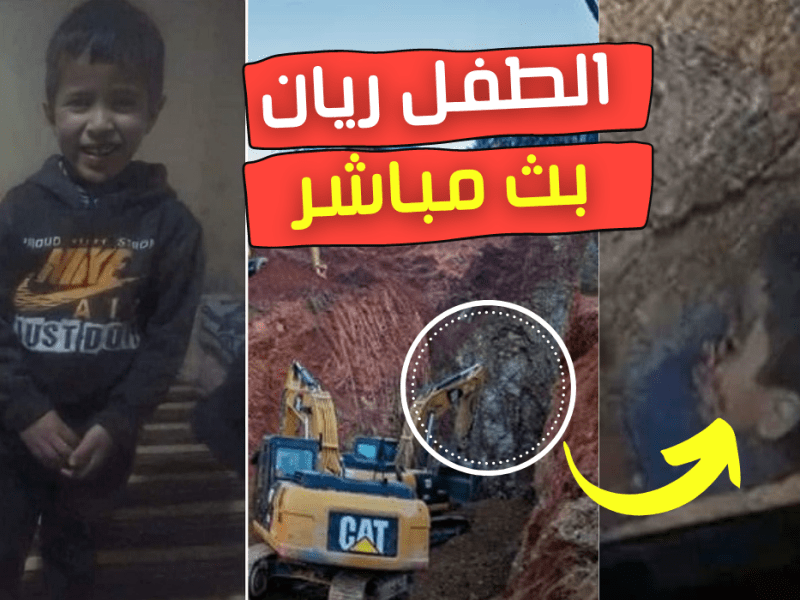 Moroccan rescue teams have continued their work, which has been going on for nearly five days, to rescue the child “Ryan” who fell into a well more than 30 meters deep, in the village of Igran in the Tamrout commune in the Chefchaouen province.

Moroccan media reported that the operation to rescue the five-year-old child had entered its crucial stages, and that only two and a half meters separated the difference from the child’s place at the bottom of the well. Read More: In Saudi Arabia, there are six best money transfer services.

Those means indicated that the rescue teams were replaced due to the first team feeling tired and exhausted, indicating that the excavation process at this stage is done manually, in order to avoid soil collapse and for the sake of the child, who the sources confirmed is still alive.

Below, we present a “live broadcast” of the operation to save the child, quoting the Moroccan “Shoof TV” website, with the operation entering the critical stage and everyone awaiting its extraction.Read More: Expats of 19 countries to benefit from automatic Extension of Iqama, Exit Re-Entry and Visit visa