Sign in
Welcome! Log into your account
Forgot your password? Get help
Password recovery
Recover your password
A password will be e-mailed to you.
Life Of Arabs A complete guide for those who are living in Middle East or planning to come soon.
Advertisement
Home Saudi Arabia General Information Video: Saudi Arabia has arrested four Expatriates for disrespecting the Saudi flag. 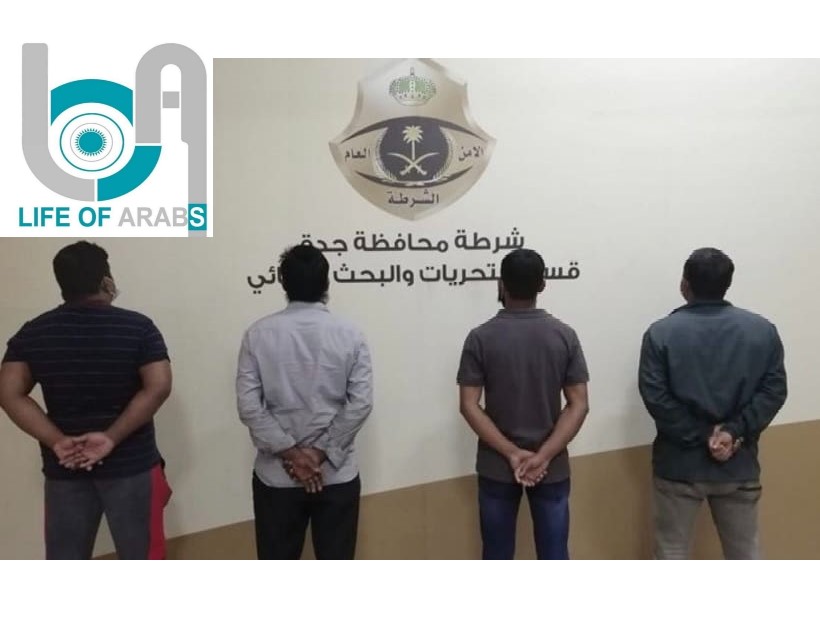 The security officials of the Jeddah police have arrested four resident expats of Bangladeshi origin for insulting the Saudi national flag, according to a media representative for the Makkah police. Read More: Expats from 17 countries will have their Iqama, Exit Re-Entry, and Visit visas automatically extended.

He stated that all of the defendants had been apprehended, that legal action had been initiated against them, and that they had been sent to the Public Prosecution for future action.

In a statement, the media spokesperson urged for “respecting and conserving the Saudi National flag and not insulting it in any way,” emphasizing that anyone who breaches this will be arrested and prosecuted.

Users on social media sites shared a video of the Saudi flag lying in the trash, where someone had gathered several goods and waste inside it, and it had been tied and tossed on the road. Read More: “Meteorology” explains the details of the cold air mass that will start today and continue until next Saturday

One person unzipped it, removed the trash and tossed it on the ground, cleaned the flag of filth and dust, and then folded, caressed, and kissed the Saudi National Flag.

After the arrest of 4 Bangladeshi expats in the Kingdom for insulting Saudi national flag in the Jeddah governorate, the penalty may reach up to 1 year in prison and a fine of up to 3,000 Saudi Riyals. Read More: How can I receive a final exit visa if my iqama has expired?

LifeOfArabs - January 25, 2023 0
According to project CEO Eng. Mardhi Al-Mansour, the Jeddah Central Project will be officially launched in 2027. Al-Mansour made the announcement during the Future Real...