Sign in
Welcome! Log into your account
Forgot your password? Get help
Password recovery
Recover your password
A password will be e-mailed to you.
Life Of Arabs A complete guide for those who are living in Middle East or planning to come soon.
Advertisement
Home Saudi Arabia General Information “Meteorology” explains the details of the cold air mass that will start... 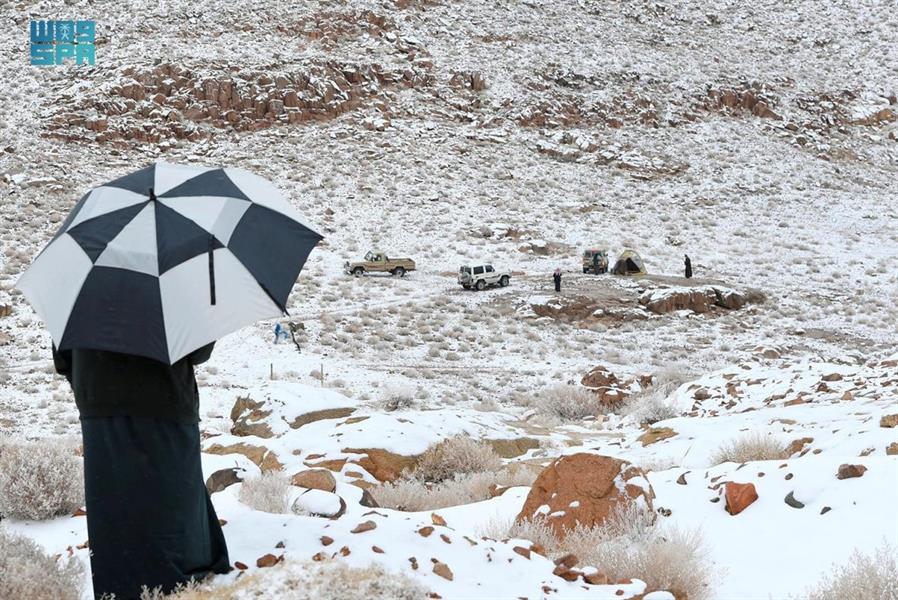 The National Center of Meteorology clarified the details of the cold air mass that will affect some regions of the Kingdom from today (Wednesday) until next Saturday, accompanied by a decrease in temperatures and snowfall.

He added that expectations indicate that the cold will increase from tomorrow (Thursday) until Saturday, and this includes the Qassim region and the northern parts of the Riyadh and Eastern regions; The temperatures range from 2 to 6 degrees Celsius.

He pointed out that the chances of frost formation will continue on the regions of Tabuk, the northern border, Al-Jawf and Hail, starting today, with its impact extending on Friday and Saturday to include Al-Qassim and the northern parts of Riyadh and the Eastern Province.

He noted that the dusty and dusty surface winds are expected to be active on Wednesday and Thursday on Al-Jawf, the northern borders, Tabuk and Hail, and extend to the regions of Sharqiah, Riyadh, Qassim, Najran, Makkah and Madinah.

He pointed out that he does not rule out the formation of dust storms that lead to a semi-absence or lack of horizontal visibility in parts of those areas, while the impact of the storms is expected to continue on Friday and Saturday and extend to the southern parts of the Riyadh and Eastern regions, and the eastern parts of Najran, Makkah and Madinah regions.

And he indicated that the opportunity is ripe for light to medium rain on Wednesday and Thursday in the regions of Tabuk, Al-Jawf and the northern borders, and snowfall is not excluded on the heights of Tabuk, especially Jabal Al-Lawz and Alqan, as well as parts of the regions of Al-Jawf and the northern borders, especially Tariq, Al-Qurayyat and Tabarjal.

For his part, the official spokesman for the National Center of Meteorology, Hussain Al-Qahtani, said in an intervention with Al-Ekhbariya channel, that this cold air mass is the fourth and strongest during the current winter season.

Al-Qahtani added that the cold air mass will affect most regions of the Kingdom, except for the southern interior regions, especially Najran and the surrounding parts.