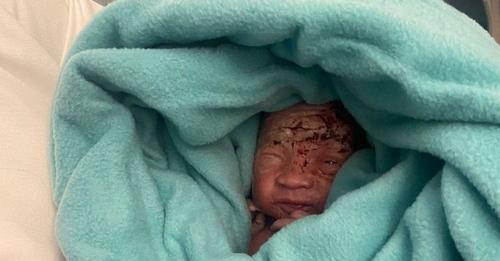 From Madagascar, an Air Mauritius plane landed at Mauritius’ Sir Seewoosagur Ramgoolam International Airport. While cleaning up a toilet bin, the flight crew discovered a newborn infant within.

A mother had dumped her newborn baby in the toilet trash can. While inspecting the plane for usual customs procedures, the airport crew was able to discover the baby.

The youngster was thought to be the offspring of a 20-year-old lady from Madagascar. She was detained right away.

The investigation was conducted because the mother had initially refused to accept her child, despite the fact that her medical examination proved that she had recently given birth.

She’d given birth on the plane and left her son behind. She has been charged as a result of her actions. She was also being watched by cops at the hospital. She is a Malagasy woman with a work permit valid for two years in Mauritius.

The child is safe and sound after being sent to a nearby public hospital for treatment. He could have perished if the airport authorities had not thoroughly checked it.