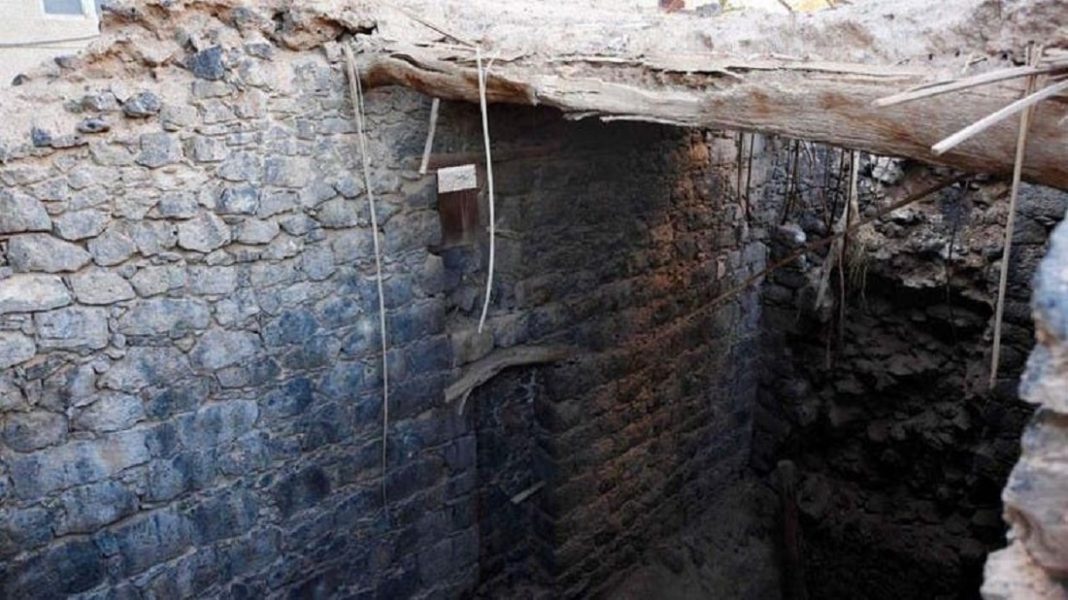 People, technology, and the environment have all changed with the passage of time, but the grand wonder of all time is the well of Rummat, which has been flowing water for over 1400 years. Read More:While flying over Saudi Arabia, a Brazilian pilot converts to Islam.

What exactly is Rummat’s well?

The Uthman Bin Affan well, commonly known as the Well of Rummat, is located in Madinah, Saudi Arabia. It is one of the many wells in Madinah, but it is the only one that has flowing pleasant water.

Is it able to irrigate the area around it?

The well is used to water:

It was called after Uthman Bin Affan (رضي الله عنه ), who purchased the well from a Jew and allowed others to drink from it.

Who is Uthman Bin Affan?

Uthman (رضي الله عنه ) was the third Caliph in Islamic history and a close companion of Prophet Muhammad (صلى الله عليه وسلم). In 622, Muhammad (صلى الله عليه وسلم) and his wife, as well as other Muslims, moved to Madinah. He was the wealthiest trader in the world at the time. Read More: We will lose Madinah if we failed to protect Jerusalem — Erdogan

Why it was called Rummat well?

This well was the only source of drinking water for the residents of Madinah 1400 years ago. Rummat Al Giffari, a Jew, owned this well and charged a substantial fee for anyone who wanted to use it.

When Prophet Muhammad ( صلى الله عليه وسلم ) learned of the occurrence, he declared that whomever buys the well from the Jew and sets it free for all the people will be reward tenfold by Allah for assisting them. Read More: Wells dug by Jinns for Prophet Sulaiman A.S. discovered in KSA

After hearing the announcement, Uthman Bin Affan ( رضي الله عنه ) approached the Jew and asked him to trade for the well. He refused to sell him his well because he was a Jew. Because Uthman was a businessman, he requested him to sell half of his well, which he agreed to.

Why the Agreement caused Jew loss?

Uthman Bin Affan ( رضي الله عنه ) and the Jew agreed to alternate days for collecting water from the well. When Uthman ( رضي الله عنه ) held the well, he made it free for everyone to draw water; as a result, people used to take two days’ worth of water from it and wouldn’t come on the other days when the well was owned by a Jew, who charged them for fetching. Read More: 1400-year-old Sahabi tree of Prophet Muhammad ﷺ

What final amount Jew agreed to sell his well?

Rummat sold the other half of the well to Uthman Bin Affan ( رضي الله عنه ) for 20,000 Dirhams after noticing that he was losing money and making no profit because people preferred to gather water for free. For the entire well, 38,000 Dirhams in silver coins were presented to the Jew.

Why Uthman (رضي الله عنه) rejected to sell his well?

During the Famine, a companion of Prophet Muhammad ( صلى الله عليه وسلم ) approached Uthman Bin Affan ( رضي الله عنه ) and requested him to sell his well to him for a huge sum of money. No quantity, according to Uthman ( رضي الله عنه ), can compare to the amount for which I purchased it.

The confused companion inquired about the cost of the well, to which Uthman ( رضي الله عنه ) replied that Allah had promised to reward him ten times for his good deeds.

What are Plans for the Uthman (رضي الله عنه) well?

The well has been available to the public since 1400 years ago, and anyone can come and get fresh water from it. The officials intend to continue developing the area around the well.

What are the Remarks of the Researcher of Madinah?

According to Abdullah Kabeer, a Madinah-based scientific researcher, this well has been the only existing and running well in the city since the Prophet’s time. He went on to say that the authorities intend to rename the spot “Uthman Well” in honor of its historical significance to Muslims.