Sign in
Welcome! Log into your account
Forgot your password? Get help
Password recovery
Recover your password
A password will be e-mailed to you.
Life Of Arabs A complete guide for those who are living in Middle East or planning to come soon.
Advertisement
Home Saudi Arabia General Information Saudi Arabia has announced the return of in-person education for students in... 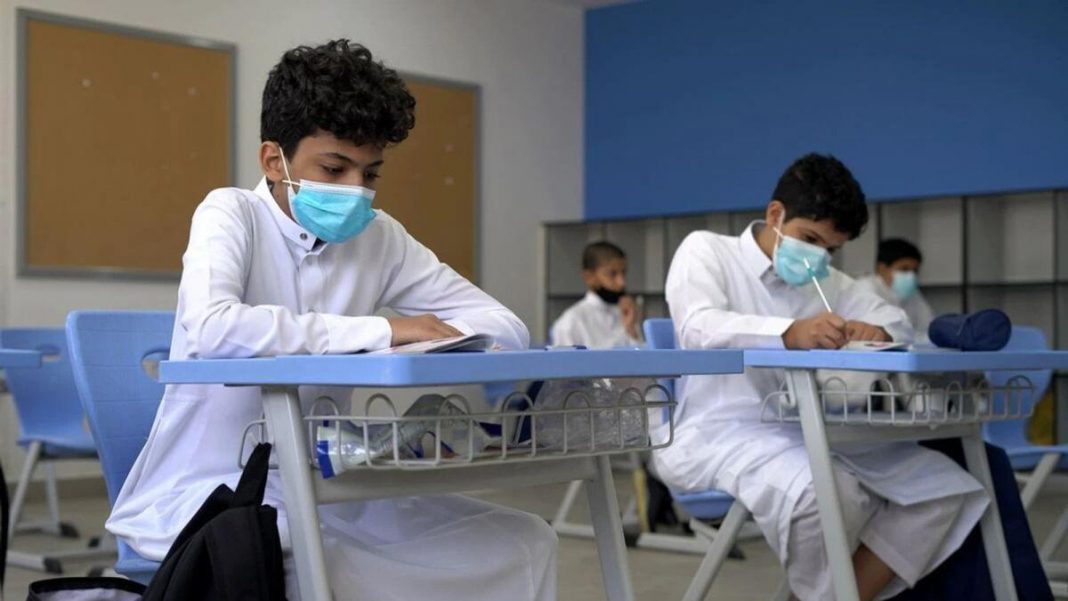 As a result of the efforts and integration of the Ministries of Health and Education, as well as the Public Health Authority (Weqaya), and a declaration of the successful implementation of all health precautions and measures that contributed to the return of the study in presence for kindergarten and primary students, as well as the efforts that led to a high rate of societal immunity.

Starting on January 23, in-person schooling for male and female students in primary and kindergarten grades who are less than 12 years old will resume, with the exception of those who were unable to attend due to health reasons, who will continue to receive education through various online platforms.

The Ministry of Education also stated that it will monitor and inspect the return of students under the age of 12 by following all health protocols approved and stated by the Public Health Authority (Weqaya), as well as confirming that all schools are ready to accept male and female students beginning January 23, and that all precautionary and health measures have been met.

The processes and rules for returning primary and kindergarten pupils in person to schools, indicating that the procedures will be identical to those used in intermediate and secondary schools currently.

In a statement to Al-Arabiya, Educational Advisor Ibrahim Al-Humaidan said that if two cases of corona infection arise in a classroom, it will be closed, and if cases of infection appear in two classes, the school will be closed.

During the news conference, the following statements were made: According to a spokesperson for the Department of Education, it is not possible to continue distance education solely because of the pandemic’s persistence, especially given the rise in societal immunity. She also explained that the return of study in person for primary and kindergarten students is a family and educational requirement.

Students with health risks, as determined by the Public Health Authority, will study remotely, with the exception of the second semester final exams, which will be held in person at all times.