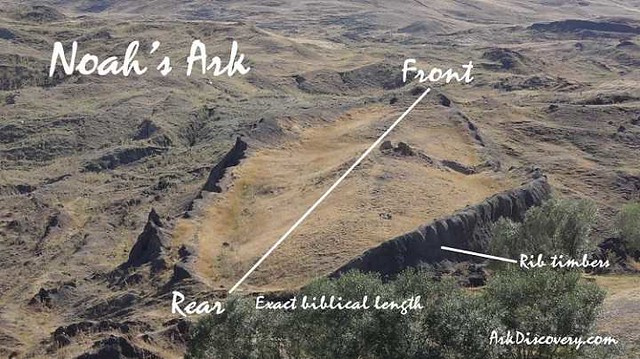 Is anyone aware of where the Prophet Nooh Ship landed? There are various narratives in various religious literature that claim to know where the Ship allegedly landed.

The Bible refers to the Ararat Mountains, but the Qur’an refers to Mount Judi. Is it the same spot or different locations, or is it the same one? Many of my readers from all over the world, both Christian and Muslim, have emailed me with this question.

I tried to put together an article based on facts that I found on the internet and in a few books, rather than on my religion.

Mount Ararat is the simpler peak to find, owing to the abundance of information accessible about the mountain and the numerous expeditions and archaeological searches that have taken place in the vicinity.

The mount of Ararat, also known as ‘Agri Dagh,’ is located in Turkey and reflects the Biblical version of Prophet Nooh Ship’s location.

Although the Bible does not mention Mount Ararat by name, it is the highest point in the Ararat Mountains, making it the most likely Biblical location for the Ship.

As a result, numerous Christian explorers have embarked on expeditions. Mount Judi, also known as Cudi Dagh and located in Turkey, represents the Quranic version of Hazrat Nuh Boat’s location.

Mount Judi appears to be more difficult to find, but with a little help from my friends and coworkers, I was able to uncover some interesting information that explains a lot.

Because it is a hotly debated topic, it is important to conduct the discussion cautiously. This is due to the fact that Mount Judi is 200 miles away from Mount Ararat, and the two have been mistaken for each other.

On the Iranian-Turkish border, explorers claimed to have discovered the Hazrat Nuh Ship in 1994. The Ship was discovered by a team of experts who had been investigating for 6 years and were 32 kilometers from Mount Ararat when they discovered it.

The remote location consists of a ship-like device buried in the 2300 meter high mount. The Turkish government was persuaded by their results, and the site was recognized as a historical archaeological site, with excavations scheduled for the next year.

It is 45 meters long, 170 meters wide, and 45 meters wide, as described in Genesis 6 of the Bible. The Ararat region contains two mountains, one named Ararat and the other named Judi.

It’s probable that the two Holy Books’ mentions of the same site are the same. Even though the two names are different, they are used interchangeably when referring to the location of the Ship, as my readers can see.

Many archaeologists and researchers are currently studying the Mount Ararat site because both religions agree that the Ship landed in this area. Whatever conclusions these researchers reach, nothing is conclusive because only Allah knows the truth.