Sign in
Welcome! Log into your account
Forgot your password? Get help
Password recovery
Recover your password
A password will be e-mailed to you.
Life Of Arabs A complete guide for those who are living in Middle East or planning to come soon.
Advertisement
Home Saudi Arabia General Information Women can now drive taxis in Saudi Arabia, and women are also... 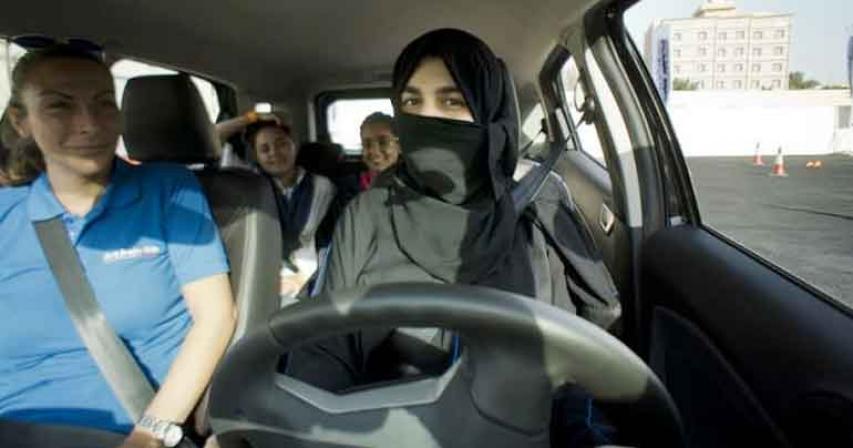 Women in Saudi Arabia will be able to drive cabs and become taxi drivers after the General Directorate of Traffic (Moroor) announced the addition of a general taxi license for women to its list of driving schools.

This move comes less than four years after Saudi Arabia’s landmark decision to allow women to drive. The cost of applying for a license in the Kingdom is 200 Saudi Riyals, according to the traffic department.

Saudi Moroor said in a statement that women can apply for a general taxi license at any of the company’s 18 driving schools around the kingdom, including Riyadh, Jeddah, Eastern Province, Asir, Jazan, Najran, Al-Jouf, Hail, and Taif.

Saudi Women prepare to drive Train between Makkah and Madina :

Women are being trained to drive trains on the Kingdom’s Haramain High Speed Railway by the Saudi Railway Polytechnic. Train driving has been seen as a desirable job for decades.

Saudi Arabian women have already smashed records in typically male pursuits such as racing and flying, but they have been excluded from the railway workforce until recently.

Saudi women would operate the train between Makkah and Madina, according to the Saudi Railway Polytechnic (SRP), which was announced on January 2nd. SRP has created a registration site for the program at srp.edu.sa, which will close on January 13th.

LifeOfArabs - February 3, 2023 0
The Ministry of Hajj and Umrah has announced the cancellation of reservations made by domestic pilgrims who failed to pay the second installment of...

New entertainment venue in Riyadh that serves cuisine from throughout the...