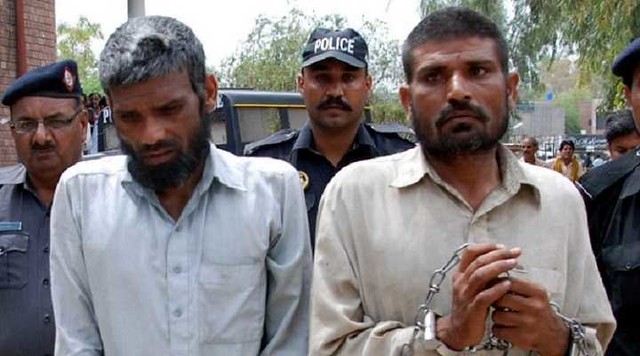 The news of cannibalism stunned Pakistani citizens in April 2011. This was one of the worst pieces of news I’d ever received. In April 2011, Farman and Arif, two brothers accused of cannibalism, were apprehended by police.

They were apprehended for rummaging through the local cemetery in search of bodies to devour. This story received national and international attention.

It was rumored at the time that these two brothers dug up graves at the local cemetery and devoured pieces of 150 bodies. This came as a shock to me.

When the grave of a 24-year-old girl was discovered uncovered and her body was missing, their crime was revealed. The villagers filed a complaint with the local police, who were able to track the steps and apprehend the two brothers.

It was also alleged that the two brothers were married and had children of their own, but that their wives abandoned them. In 2011, one of the brothers admitted in an interview that he had eaten his own child who had died of an illness.

They stated that they were inspired by black magic to do all of this. They also explained how they slaughtered the animals and removed the skin from the bodies. It was completely unbelievable and one of the worst pieces of news I’d ever received.

It was said that they were given treatment to help them recover from their filthy addictions while they were imprisoned. They were sent to King Edward Medical College in Lahore, where the neurophysiology department examined them.

However, it was later stated that the two brothers were released, and that after years of incarceration, they were unable to recover from their addiction, and that they were once again arrested for the previous crime.

Because Pakistan does not have a specific anti-cannibalism statute, a FIR was filed against them on the allegation of terrorism. They were first detained under the Pakistan Penal Code’s Maintenance of Public Order (MPO) section (PPC)

They moved to another village after being liberated. When the residents complained of a horrible decaying flesh odor emanating from their home, the authorities stormed it. The cops raided the house and discovered the boy’s head near the stove.

At the time, one of the brothers, Arif, was detained and admitted to eating flesh, while his brother Farman managed to run but was apprehended later.

The two brothers were apprehended and sentenced to a total of 12 years in prison. People are still afraid that they would return and perform the same crime as before.