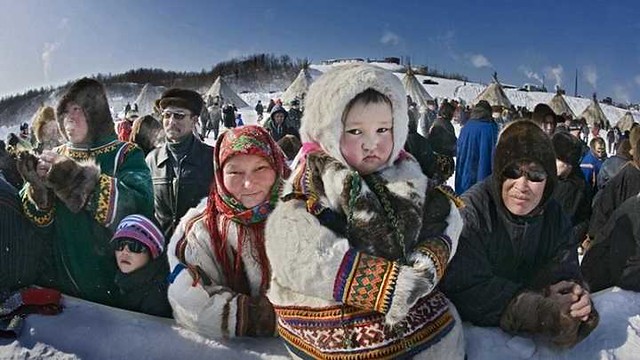 In various parts of the world, old civilizations, religious calendars, and local calendars based on seasons are used. These ten countries have been left behind as we approach 2022. Read More: Saudi Woman is Arrested for Hip-Hop Dance While Wearing a Niqab

Will begin the year 2015 with a bang.
The Ethiopian calendar is based on Alexandria’s ancient calendar. The solar calendar is 8 years behind schedule. It is 13 months long.

The first 12 months are 30 days long, and the last 13th month is only 5 or 6 days long, depending on the leap year. The sunrise signals the start of a new day. Read More: Top 8 Coldest Places to Visit in Saudi Arabia During Winter Season

Will commemorate the year 2565 on September 9th.
Thailand’s population use the Buddhist lunar calendar. The chronology begins with Buddha’s attainment of Nirvana. Sri Lanka, Cambodia, Laos, and Myanmar all use the Buddhist calendar. Read More: 5 Years Jail + 2,400 lashes for breaking his mother’s teeth

Thailand follows the Gregorian calendar, with exceptions made for foreigners.

Today, there is a 13-day discrepancy between these two calendars, which increases by three days every 400 years.

The Gregorian calendar was first used in Catholic countries in 1582, and it was gradually adopted by other nations. According to it, the year 2020 will begin on January 1, 2020. Read More: Parents forgot 3-years old at Airport – caught with CCTV

The month begins with the new moon, and the first day of the year (Rosh Hashanah) can only fall on Monday, Tuesday, Thursday, or Saturday, according to the Hebrew calendar.

Will begin the year 1400 with a bang.
The Persian calendar, also known as the solar Hijri calendar, is used by the people of Iran and Afghanistan. A group of astronomers, including Umar Khayyam, a well-known poet, devised the solar calendar. Read More: Saudi Family Visit Visa Types and Validity | Latest

Like the Islamic Calendar, the chronology begins with Hijra. It is likewise based on the solar year, with the month being in the same season throughout. Saturday is the start of the week, and Friday is the finish.

Will begin the 1943 season.
In 1957, the Indian national calendar was introduced. This calendar is based on the calculation of the Saka Era, an ancient method of chronology that is widely used in India and Cambodia. In India, there are various more calendars. Read More: 1400-year-old Sahabi tree of Prophet Muhammad ﷺ

Will begin its 34th year.
There are two chronologies used by the Japanese. They observe and utilize the Gregorian calendar, as does the rest of the world, because it is universally accepted, but there is also a traditional calendar. Read More: Due to “Jinns,” students are unable to attend school.

The conventional one is determined and based on the emperor’s reign. In the official documents, both dates are given.

The customary year is given a name; it is more of an era than a year, and it has been honored since 1989 as “an age of peace and calm.”

Will begin the year 4720 with a bang.
The Chinese calendar is cyclical, and it is based on Jupiter’s astronomical cycle. Jupiter orbits the sun five times in 60 years, which corresponds to the Chinese calendar’s five elements. Read More: Wells dug by Jinns for Prophet Sulaiman A.S. discovered in KSA

Jupiter’s orbit around the sun takes 12 years to complete. These years are commonly referred to as animals. In China, the year 2018 was the Year of the Dogs according to the Gregorian calendar.

Will ring in the year 111 on February 2nd.
North Koreans have been using The Juche Calendar, which includes a chronology of Christ’s birth, since July 8, 1997. Read More: Does “Human Resources” intend to cancel the annual renewal of residency related to work licenses? The Ministry answers

Their calendar began in 1912, the year of the birth of Kim Il-sung, North Korea’s founder and eternal president.

Will commemorate the 1443rd Hijri year.
Saudi Arabia is a Muslim country with a lunar calendar based on the Islamic calendar. The timeline begins with Hijra, Prophet Mohammad’s birthday, and the first Muslim migration to Madina (622 AD). Read More: Jinn Al Kaboos – that attacks you while sleeping

The new day and date begin with the sunset, according to this calendar. A new moon is visible at the start of the month (the crescent moon).