Sign in
Welcome! Log into your account
Forgot your password? Get help
Password recovery
Recover your password
A password will be e-mailed to you.
Life Of Arabs A complete guide for those who are living in Middle East or planning to come soon.
Advertisement
Home Saudi Arabia General Information Top 8 Coldest Places to Visit in Saudi Arabia During Winter Season 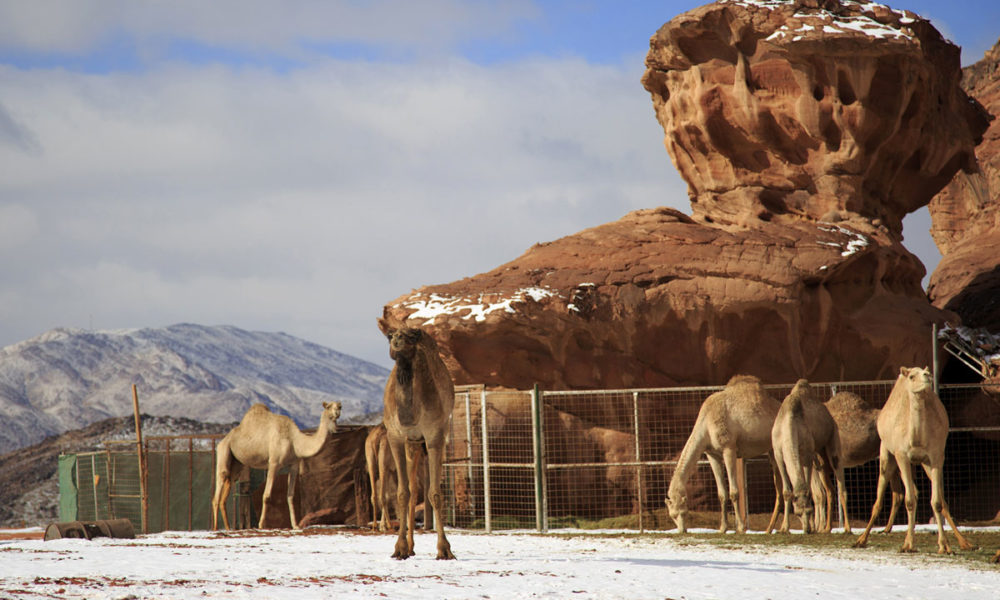 Saudi Arabia is a desert country and an Arab Muslim state located in Southwest Asia. Saudi Arabia encompasses the vast majority of the Arabian Peninsula, with the Red Sea to the west and the Persian Gulf to the east.

Saudi Arabia has a desert environment with high temperatures during the day, a sudden decrease in temperature at night, and relatively little yearly rainfall. Summer temperatures average around 45° C, however readings of up to 54° C are not uncommon.

The prime winter months in Saudi Arabia are December and January, whereas the peak summer months are June and July.

However, there are several cities in Saudi Arabia that are quite chilly in the winter, with temperatures dropping to below 0 degrees Celsius. Simply prepare to explore and learn about these fascinating cities and locations.

If you appreciate the chilly season or a change in climate, these cities should be on your list of places to visit in the winter. The most remarkable and notable aspect of these places is that the summers can be scorching hot and the winters can be bitterly cold.

The coldest cities in Saudi Arabia are described below in detail for our readers.

Sakaka is also in the very north of the country, where the winters are particularly harsh. Sakaka’s temperature rarely dips below 0 degrees. Sakaka’s most startling feature is that it lacks many of the world’s highest and largest mountains, but even so, the temperature in the city is relatively low during the winter season.

In Saudi Arabia, Abha is a well-known and well-known city. Saudi citizens as well as Saudi expats residing in warm cities frequently visit this city during their vacations. It’s located in the heart of the Saraswat Mountains. It has a height of around 2,270 meters, indicating a high elevation.

Near Abha, there is another place worth visiting with your family, especially in the winter, called Al-Sooda region, which is located on the Sirwat Mountains, west of Abha City, 3000 meters above sea level, and 30 minutes from Abha airport. The highlands are home to one of Asir’s greatest national parks, which is covered in Arar trees and natural forest. Saudi Arabia’s Coldest Locations

The main part of Al-entertainment Sooda’s is the 7-kilometer cable car system that connects Sirwat mountains with Tahama villages in a beautiful cable car excursion.

Rafha is located on the Iraqi border. This city has had numerous large snowfalls, and as a result of this lovely reason, Saudi locals and expats would choose to visit this city rather than travel abroad to attend and enjoy the charm of snowstorm and rain throughout the winter season.

Riyadh is Saudi Arabia’s capital and a well-defined and wealthy metropolis in the country. The city’s temperature plummets at night, and it becomes bitterly cold. In the evenings, the temperature might drop to below 0 degrees Celsius.

Tabuk is a city with a lot of snowfall. Winter visitors should come to this city because the sand is covered in a thin coating of snow. Temperatures as low as -4 degrees Celsius have been reported.

Arar was established in 1951. It is located in the heart of a big, flat, solid limestone formation. It has the weather that everyone should see; the temperature does not drop below zero degrees, but there is a gentle snowfall. 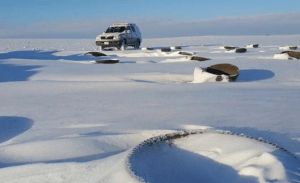 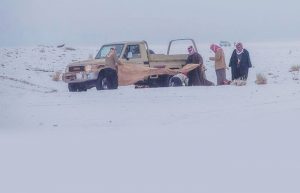 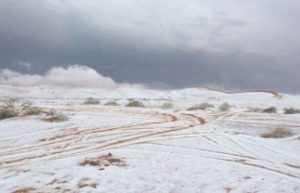 Hail is a well-known and prestigious city in the kingdom. It is located at a height of roughly 950 meters, which permits it to have a pleasant environment all year. Hail is a farming town where temperatures can drop to -10 degrees Celsius.

Most of the time, Saudi citizens and Saudi expats visit these small and cold cities on vacations with their children to spend some quality time there and enjoy the pleasures of the atmosphere, and it is expected that in the coming years, KSA will be a country where tourists will visit to observe the beauty of the climate and the country.