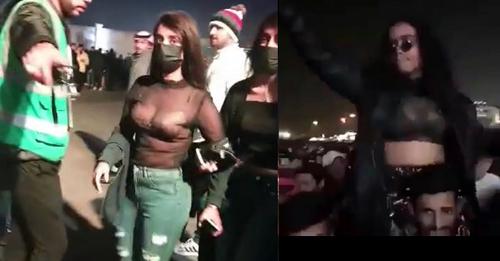 However, many harassment instances were reported by women following the event, resulting in up to 98 arrests for indecent dressing and harassment.

There is little doubt that the event was a success since it piqued the interest of the general public, particularly young people.

The MDL beast and Riyadh Season have combined to give Riyadh hotels their highest occupancy rate in the last 12 years. However, it also brought to light some of society’s blemishes.

Following the incident, hundreds of women, men, and disabled people broke their silence by posting images of the assault on Twitter with the hashtag “Harassment MDL Beast.“

The arrests were made after the Council of Ministers approved the bylaw for ensuring public decency in its resolution No. 444 dated April 10, 2019, corresponding to Sha’ban 4, 1440. — S.P.A.

In 2021, the MDL beast gathered once more, with 700,000 people in attendance. This time, though, there were no reports of sexual harassment or obscene clothes.