Sign in
Welcome! Log into your account
Forgot your password? Get help
Password recovery
Recover your password
A password will be e-mailed to you.
Life Of Arabs A complete guide for those who are living in Middle East or planning to come soon.
Advertisement
Home Saudi Arabia A Saudi woman who had been missing for a week was discovered... 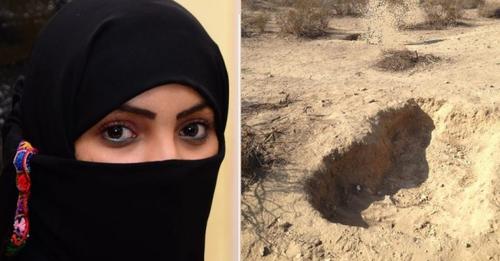 A woman’s body was discovered in a desolate location in Al Kharj, Riyadh, by police. The dead body was identified as a 26-year-old Saudi lady who had been reported missing by her parents, according to investigators.

Her body was discovered buried in the desert after she had been gone for a week. The woman was allegedly slain and buried to conceal the crime, according to the original inquiry. The police initiated a new investigation to find the murderer and determine what caused the death.

Surprisingly, the deceased woman’s two brothers were complicit in her murder. To cover their guilt, the brothers savagely murdered their sister and dumped her body in the desert. The two individuals were apprehended right away by the police.

What was the motive?

The two brothers, both in their twenties, are accused of murdering their sister. The motive for their sister’s murder was never revealed.

The criminals, on the other hand, were submitted to the public prosecutor for legal action. The two have been arrested and are being held in police custody pending further investigation and trial. They will be executed in front of the public if they are found guilty.