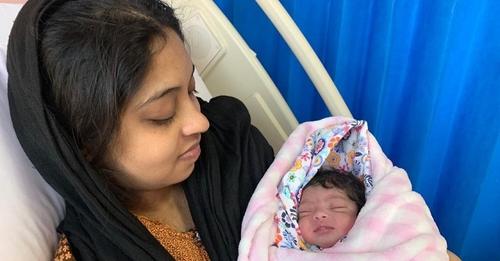 Tintu Stephen, a 28-year-old nurse from India, was told that she will be provided with all benefits under Saudi labor law, including yearly leave.

When she became pregnant, her employer, a polyclinic in Abha, refused to give her maternity leave in accordance with Saudi labor law. Not only that, but the employer as well.

Finally, he registered Huroob against her Iqama to prevent her from leaving the country.

Stephen approached Ashraf Kuttichal, an Indian community worker, about this. He attempted to negotiate with Stephen’s employer on behalf of the Indian Consulate General in Jeddah. However, things did not go as planned.

Kuttichal stepped in to save the day, and she was going to accompany Stephen on his final exit visa through the Abha Airport’s deportation center.

However, the employer arrived and filed a complaint against the two. The two were arrested, but social workers eventually freed them on bail.

She gave birth in KSA

She was able to give birth to a baby girl at the Abha Maternity Hospital after she was released from prison.

Stephen then filed an online complaint against her employer with the Saudi Labor Court.

Finally, with the assistance of the Saudi government, the nurse was able to return to her homeland. The stranded nurse received justice in the end.