Sign in
Welcome! Log into your account
Forgot your password? Get help
Password recovery
Recover your password
A password will be e-mailed to you.
Life Of Arabs A complete guide for those who are living in Middle East or planning to come soon.
Advertisement
Home Saudi Arabia Accident & Traffic Violations A video documenting the moment of the accident that led to the... 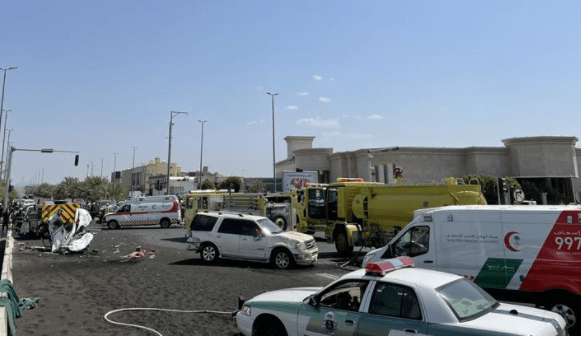 
video clip captured by a surveillance camera documented the accident that occurred at a traffic signal on the Second Ring Road in Madinah , and resulted in the death of 4 people and the injury of 5 others.

The video showed a truck whose driver lost control and failed to stop it, colliding with a number of parked vehicles at the traffic light, and that was (Tuesday).

The official spokesman for the Red Crescent in the region announced that the ambulance and civil defense teams in Madinah Al-Munawwarah approached the site of the accident, and the injured were treated and taken to the nearest hospital.